Ella Henderson (12 January 1996) is a british singer, best known by participating in the XFactor UK in 2012

Gabriella Michelle "Ella" Henderson (born 12 January 1996) is an English singer and songwriter. She was a contestant in the ninth series of The X Factor in 2012 and got into the final 12, finishing in sixth place, despite being a strong favourite to win. She was subsequently signed to Syco Music.
Henderson's first single, "Ghost", co-written with Ryan Tedder, was released on 8 June 2014 and gave Henderson her first number one song on the UK Singles Chart while remaining in the top five of the chart for eight consecutive weeks. It has subsequently been certified Platinum for sales in the United States, United Kingdom, Australia and New Zealand. Henderson has subsequently released a follow-up single called "Glow", the single then charted at Number one in Indonesia, Number Seven on the UK Singles Chart, Number Seventeen in Ireland and at Number twenty six in New Zealand. Henderson's third single, "Yours", charted at Number eight in Scotland and Number sixteen achieving a Gold certificate thus selling 200,000 copies. Henderson later featured in Sigma's new single "Glitterball", which peaked at number four on the UK Singles Chart, Number twenty in Ireland and Number two on the UK Dance charts. "Glitterball" also successfully sold 400,000 copies in the United Kingdom. Henderson later performed "Glitterball" with Sigma at the Jingle Bell Ball 2015. Henderson then featured in Kygo's single "Here for You" which achieved global wide chart success charting at Number eighteen in the United Kingdom, Number eleven in the Netherlands and Scotland, Number sixteen in Sweden, Number nine in Norway, Number forty-four in Poland and Number twenty-two in Czech Republic. "Here For You" also gained an accolade on the BPI charts with a Silver certiffcate with 200,000 copies sold.
Her debut studio album, Chapter One was released on 13 October 2014 and debuted at number one on the UK Albums Chart. In January 2015, the album was certified Platinum in the UK, shipping in excess of 300,000 copies. On the year end charts for 2014 "Chapter One" charted at number nineteen and on the year end charts for 2015 Henderson's album also charted at Number 31 on the charts. Henderson's debut album also charted at Number eleven on the ARIA charts, Number four on the IRMA charts, Number nine on the New Zealand charts and the Swiss charts and Number one on the Scottish charts.

Henderson was born and raised in Tetney, Lincolnshire to a Scottish father, Sean, and an English mother of Swedish ancestry , Michelle. She has two brothers, Patrick and Fraser; and a sister, Holly. Henderson developed a keen interest in fashion in her youth, notably vintage fashion, which she retains.

Henderson began singing around the age of three and taught herself to play the piano a few years later. She began to put on shows for her family at Christmas and developed a special bond with her grandfather Bill, who encouraged her to pursue her love of music and songwriting. Her interest developed further at primary school, St Martin's Preparatory School in Grimsby, and she subsequently decided to audition for a scholarship place at Tring Park School for the Performing Arts in Hertfordshire.

Henderson succeeded in gaining a scholarship and boarded at the school from the age of 11 to 16. She attended the school at the same time as Dan Ferrari-Lane of boy band District3, who was on The X Factor with Henderson in 2012.

In early 2012, Henderson made a singing appearance on a celebrity Christmas special of Channel 4's Come Dine with Me, where she performed "All I Want for Christmas Is You". She was a guest of Bianca Gascoigne, who is a family friend and who also auditioned for The X Factor in 2012. The episode was filmed before Henderson's X Factor appearance.

In 2012, Henderson auditioned for series 9 of The X Factor with the original song called "Missed", which was later included on her debut studio album. She reached the live shows and was mentored by Tulisa Contostavlos. Henderson and James Arthur were in the bottom two in week 7 and sang for survival, after which the judges were split on who should go. The decision went to "deadlock" and the public votes cast. Arthur got through after gaining 13.7% of the vote to Henderson's 12.1%. Presenter Dermot O'Leary described Henderson's exit as "one of the biggest shocks we've ever had on the results show." Henderson was the last female act to be eliminated as the top 5 remaining acts were all males.

During the show and following her exit, a number of celebrities came out in support and praise of Henderson, including Adele, Chloë Grace Moretz, Simon Cowell, Sarah Millican, Stephen Fry, Lily Allen, Nick Grimshaw and Cher. In 2013, on The Xtra Factor, O'Leary named Henderson the most talented performer in his seven years on the show, in his view.

Henderson performing during the X Factor UK Live tour of 2013.

On 15 December 2012, Henderson made an appearance on Ireland's RTÉ The Saturday Night Show: singing "Silent Night". While being interviewed on the show, Henderson revealed that she had signed a record deal with Sony Music Entertainment. On 24 December 2012, she performed on the Myleene Klass Heart FM show, singing "Last Christmas" and "Have Yourself a Merry Little Christmas". On 22 January 2013, Henderson confirmed she had signed to Simon Cowell's record label Syco Music. During January and February 2013, Henderson took part in The X Factor live tour, where she sang four songs: her X Factor audition song "Missed", "Believe", "Rule the World" and "You Got the Love". On 23 January 2013, she performed "Believe" at the 18th National Television Awards. On 9 June 2013, she appeared as a special guest at the Capital Summertime Ball and performed a duet of "Beneath Your Beautiful" with Labrinth. During 2013, Henderson released a number of live promotional songs to YouTube, including a mashup of Drake's "Hold On, We're Going Home" and John Newman's "Love Me Again", as well as four originals: "Evaporate" (which she previously sang live on The Xtra Factor and performed on a webcam session for fans), "Waiting", "Five Tattoos" and "The First Time".

Henderson performed as the supporting act for Take That on their 38 date Take That Live 2015 UK tour, while embarking on her debut headlining UK tour in October and November 2015. On 22 May 2015, Henderson announced that she was featured on drum and bass duo Sigma's single, entitled "Glitterball". The single was released on 24 July 2015 and reached number one on the Vodafone Big Top 40 that week. Henderson also featured on Norwegian record producer and DJ Kygo's song "Here for You". It was released on 4 September 2015. She lives in South London. 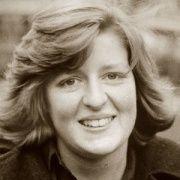 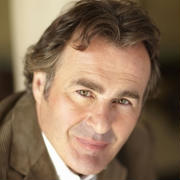 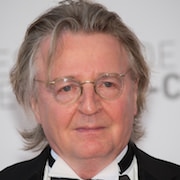