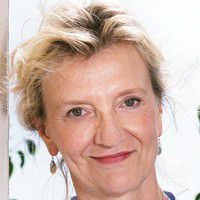 Elizabeth Strout (born January 6, 1956) is a US-American novelist and author. She is widely known for her works in literary fiction and her descriptive characterization. Born and raised in Portland, Maine, her experiences in her youth served as inspiration for her novels–the fictional "Shirley Falls, Maine" is the setting of four of her seven novels.

Strout's first novel, Amy and Isabelle (1998) met with widespread critical acclaim, became a national bestseller, and was adapted into a movie starring Elisabeth Shue. Her second novel, Abide with Me (2006), received critical acclaim but ultimately failed to be recognized to the extent of her debut novel. Two years later, Strout wrote and published Olive Kitteridge (2008), to critical and commercial success grossing nearly $25 million with over one million copies sold as of May 2017. The novel won the 2009 Pulitzer Prize for Fiction. The book was adapted into a multi Emmy Award-winning mini series and became a New York Times bestseller.

Five years later, she published The Burgess Boys (2013), which became a national bestseller. My Name Is Lucy Barton (2016) was met with international acclaim and topped the New York Times bestseller list. Lucy Barton later became the main character in Strout's 2017 novel, Anything is Possible. A sequel to Olive Kitteridge, titled Olive, Again, was published in 2019.

Strout was born in Portland, Maine, and was raised in small towns in Maine and Durham, New Hampshire. Her father was a science professor, and her mother was an English professor and also taught writing in a nearby high school.

After graduating from Bates College in Lewiston, Maine, she spent a year in Oxford, England, followed by studies at law school for another year. In 1982, she graduated with honors, and received a law degree from the Syracuse University College of Law. That year her first story was published in New Letters magazine.

Strout moved to New York City, where she waitressed and began developing early novels and stories to little success. She continued to write stories that were published in literary magazines, as well as in Redbook and Seventeen. She enrolled in Law School at Syracuse University College of Law, and practiced law for six months before concluding her legal practice and focusing on her writing. In an interview with Terry Gross in January 2015 she said of the experience, "law school was more of an operation, I think." She stated in a 2016 interview with The Morning News,

Rise to prominence with Amy and Isabelle

Strout was a National Endowment for the Humanities lecturer at Colgate University during the fall semester of 2007, where she taught creative writing at both the introductory and advanced levels. She was also on the faculty of the master of fine arts (MFA) program at Queens University of Charlotte in Charlotte, North Carolina.

Olive Kitteridge and its Pulitzer Prize

Abide with Me was published in 2006 by Random House to further critical acclaim. Ron Charles of The Washington Post summarized her book by saying: "as she did in her bestselling debut, Amy and Isabelle, Strout sets her second novel in a small New England town, whose natural beauty she returns to again and again as this tale unfolds against the background of the Cold War tensions of the 1950s." The New Yorker welcomed the novel with a positive review: "with superlative skill, Strout challenges us to examine what makes a good story—and what makes a good life." GoodReads rated the novel 3.75 stars out of 5.

Her third book, Olive Kitteridge, was published two years later in 2008. The book featured a collection of connected short stories about a woman and her immediate family and friends on the coast of Maine. Emily Nussbaum of The New Yorker called the short stories "taciturn, elegant." In 2009, it was announced that the novel won the year's Pulitzer Prize for Fiction. The book would become a New York Times bestseller and win the Premio Bancarella Award, at an event held in the medieval Piazza della Repubblica in Pontremoli, Italy. It was also a finalist for the National Book Critics Circle Award the same year. The book enjoyed widespread commercial success and Louisa Thomas, writing in The New York Times, said:

The pleasure in reading Olive Kitteridge comes from an intense identification with complicated, not always admirable, characters. And there are moments in which slipping into a character’s viewpoint seems to involve the revelation of an emotion more powerful and interesting than simple fellow feeling—a complex, sometimes dark, sometimes life-sustaining dependency on others. There’s nothing mawkish or cheap here. There’s simply the honest recognition that we need to try to understand people, even if we can’t stand them.

The Burgess Boys and recent work

The Burgess Boys was published March 26, 2013, to further critical acclaim. A New York Times review noted that she "handles her storytelling with grace, intelligence and low-key humor, demonstrating a great ear for the many registers in which people speak to their loved ones," but criticized her for not developing certain characters. NPR noted the novel by saying: "This is an ambitious novel that wants to train its gaze on the flotsam and jetsam of thought, as well as on big-issue topics like the politics of immigration and the possibility of second chances." The book became her second New York Times bestseller. The Washington Post reviewed it with the following: "[T]he broad social and political range of The Burgess Boys shows just how impressively this extraordinary writer continues to develop."

After a three-year break, she published My Name Is Lucy Barton (2016), a story about Lucy Barton, a recovering patient from an operation who reconnects with her estranged mother. The New York Times reviewed it with the following: "there is not a scintilla of sentimentality in this exquisite novel. Instead, in its careful words and vibrating silences, My Name Is Lucy Barton offers us a rare wealth of emotion, from darkest suffering to—‘I was so happy. Oh, I was happy’—simple joy." The novel would go on to top the New York Times bestselling list. It was also long listed for the Man Booker Prize.

She broke from her usual multi-year break in between novels to publish Anything is Possible (2017)–her sixth novel. Anything is Possible was called a "literary mean joke" due to its "hurting men and women, desperate for liberation from their wounds" in contrast to its title. The novel had her noted as "a master of the story cycle" by Heller McCalpin of NPR. It was largely seen as an advance on her previous book due to its "ability to render quiet portraits of the indignities and disappointments of normal life, and the moments of grace and kindness we are gifted in response" according to Susan Scarf Merrell of The Washington Post. Anything is Possible won The Story Prize for books published in 2017.

A sequel to Olive Kitteridge, titled Olive, Again, was published in October 2019.

Strout is married to former Maine Attorney General James Tierney, lecturer in law at Harvard Law School and founding director of State AG, an educational resource on the office of state attorney general. She divides her time between New York City and Brunswick, Maine.

The contents of this page are sourced from Wikipedia article on 16 Jul 2020. The contents are available under the CC BY-SA 4.0 license.
View Elizabeth Strout 's image gallery
Image Gallery 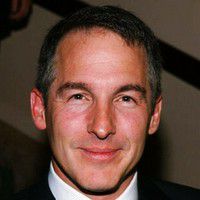