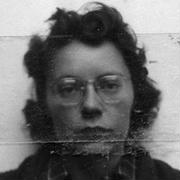 Elizabeth Riddle Graves (25 January 1916 – 6 January 1972) was a pioneer in the physics of neutrons and the detection and measurement of fast neutrons. During World War II, she worked in the Metallurgical Laboratory and at the Los Alamos Laboratory, becoming a group leader there after the war.

Elizabeth Riddle was born in Nashville, Tennessee, on 23 January 1916 to James Marion Riddle from South Carolina and Georgia Clymetra Boykin from Arkansas. She had two brothers, James Marion Riddle Jr. and John Burwell Boykin Riddle. Around 1921, the Riddle family moved to Chicago, Illinois.

Riddle entered the University of Chicago, where she was known as "Diz". She earned her Bachelor of Science degree in physics in 1936, and developed a keen interest in the physics of neutrons, particularly the detection and measurement of fast neutrons. She earned her PhD in 1940, writing her thesis on the "Energy Released from Be 9 (d, α) Li 7 and the Production of Li 7" under the supervision of Samuel K. Allison.

While there, she met and married Alvin C. Graves, a fellow physics major. Jobs were hard to find during the Great Depression. Alvin remained at the University of Chicago as a research fellow and an assistant professor until 1939, when he moved to the University of Texas, but Elizabeth was unable to secure a job there as well due to its anti-nepotism rules, which tended to discriminate against women.

In 1942 Alvin was invited back to the University of Chicago by Arthur H. Compton to join the Manhattan Project's Metallurgical Laboratory. Elizabeth found employment there as well, working with Enrico Fermi on the calculations involved in determining the feasibility of a nuclear chain reaction, which eventually led to the development of Chicago Pile-1, the world's first nuclear reactor.

In 1943 they joined the Manhattan Project's Los Alamos Laboratory in New Mexico. With Texas in mind, Alvin made it a condition of his going there that Elizabeth also be given a job. As it turned out, she almost certainly would have been recruited anyway. She was one of the few scientists who knew about fast neutron scattering, which was crucial to nuclear weapon design, and who knew how to operate the Cockcroft–Walton accelerator that had been brought from the University of Illinois.

At the time of the Trinity nuclear test in 1945, Elizabeth was seven months pregnant with her first child. They therefore requested that they be assigned to a post far from the blast. They listened to Allison's countdown to the explosion on the radio, and monitored the radioactive fallout from the test, which took until the afternoon to reach them, with Geiger counters. She finished an experiment while in labor, timing her contractions with a stopwatch. The child was a healthy daughter, Marilyn Edith. They had two more children, Alvin Palmer and Elizabeth Anne.

They remained in Los Alamos after the war. Elizabeth became a group leader in the experimental physics division in 1950, and researched neutron interactions with matter and material. She died of cancer at Bataan Memorial Hospital in Albuquerque, New Mexico, on 6 January 1972, and was buried at Guaje Pines Cemetery, Los Alamos, Los Alamos County, New Mexico.

The α-particles from Be9(d,α)Li7 have been investigated with a variable air pressure absorption cell, ionization chamber and linear amplifier. It has been established that there are two groups of α-particles differing at 760 mm pressure and 15°C by 3.08±0.10 mm range reduced to zero bombarding voltage. The groups have been shown to be associated with the production of Li7 in the ground state and in an excited state. At 239 kv bombarding voltage, the excited state is formed 1.7 times as often as the ground state. The energy balance, Q, associated with the production of the ground state has been determined to be 7.093±0.022 Mev. The energy of the excited level has been determined to be 494±16 kev. The total yield curve for α-particles has been investigated from 235 kv to 390 kv bombarding voltage. The measured value for the energy of the excited level in Li7 is discussed in connection with values from other reactions in which Li7 is an end product and with γ-ray measurements of the level.