Elizabeth Lawrie Smellie, CBE, RRC (March 22, 1884 – March 5, 1968) was a Canadian nurse, and the first woman to be promoted to the rank of colonel in the Canadian army.
She was born at Port Arthur, Ontario, to Dr. Thomas Stuart Traill Smellie, Conservative member of the Legislative Assembly of Ontario for Fort William and Lake of the Woods from 1905-1911, and Janet Eleanor Lawrie. She trained at the Johns Hopkins School of Nursing in Baltimore, Maryland. To her family and friends, she was known as "Beth".
In August 1914 Beth Smellie applied to be a Red Cross nurse; she was told to report to Ottawa 25 January 1915. During World War I, she was posted at Cliveden, Lady Astor's estate, and became matron of the Moore Barracks Hospital at Shorncliffe Army Camp where thousands of Canadian soldiers were treated. In 1917 she was decorated by King George V at Buckingham Palace with the first class Royal Red Cross.
After further post-war training in Boston, she taught public health nursing for two years at McGill University, Montreal. She was Chief Superintendent of the Victorian Order of Nurses from January 1924 to May 1947, except during World War II, when she was recalled up into the Canadian army as Colonel and Matron-in-chief of the Canadian Women's Army Medical Corps from 1940 until 1944. She was the first woman to achieve the rank of colonel in the Canadian army.
A portrait of Colonel Smellie, painted by Kenneth Forbes, was unveiled by her successor in Ottawa in 1944.
Elizabeth Smellie was made a Commander of the Most Excellent Order of the British Empire in 1934 again from the hands of King George V.
She died in Toronto in 1968 age 83 and is buried in Riverside cemetery, Thunder Bay, Ontario.

A historical marker to Smellie was erected by the Ontario Heritage Foundation, and stands in Waverley Park, Thunder Bay, Ontario. It reads:

This celebrated Canadian army nurse and public health authority was born in Port Arthur, Ontario. In 1901 "Beth" Smellie became night supervisor at McKellar General Hospital. Joining the Royal Canadian Army Medical Corps in 1915, she served in France and England. Elizabeth Smellie was demobilized in 1920 and three years later became Chief Superintendent of the Victorian Order of Nurses for Canada. She re-entered the army in 1940 and a year later supervised the organization of the Canadian Women's Army Corps. The first woman to attain the rank of Colonel in Canada's Armed Forces, Col. Smellie achieved many honours, including Commander of the Most Excellent Order of the British Empire and the Royal Red Cross Medal. After World War II she returned to the V.O.N., and retired in 1947.

Smellie was designated a Person of National Historic Significance in 2011 by the federal government, on the recommendation of the national Historic Sites and Monuments Board. A federal plaque is typically erected to such Persons, as well as for National Historic Events and Sites. As of 2015, one had not been installed to Smellie. 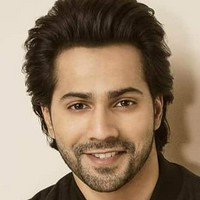 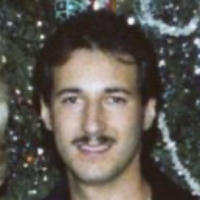