Elizabeth Christ Trump (née Christ; October 10, 1880 – June 6, 1966) was a German-American businesswoman and is considered the matriarch of the Trump family. She married Frederick Trump in 1902. While raising their three children, the early death of her husband in 1918 required the 37-year-old widow to manage their properties. She founded the real estate development company E. Trump & Son with her son, Fred Trump. Trump's grandson, Donald Trump, became the 45th President of the United States.

Elizabeth Trump was born as Elisabeth Christ in Kallstadt, Kingdom of Bavaria, the daughter of Philipp Christ by his wife Anna Maria Christ (née Anthon). While the family owned a little vineyard, the income from that was not adequate to meet their needs, and Philipp Christ worked as a tinker repairing and polishing old utensils and selling pots and pans. He ran his trade from his house on Freinsheimer Straße in Kallstadt, which was just across the street from the home of the Trump family, where Katharina Trump, an elderly widow, lived with her six children.

Katharina Trump's son, Frederick Trump, had immigrated to America in 1885 at the age of 16 and made his fortune with restaurants in the Klondike Gold Rush. When he returned to Germany in 1901, he wooed Elisabeth over the objections of his mother, who felt that her prosperous son could and should find a bride from a wealthier and more refined family than Elisabeth's. Nonetheless, Friedrich proposed to Elisabeth, who accepted, and they were married on 26 August 1902. He was 33 years of age at the time and she was 21. Friedrich and Elisabeth moved to New York and they set up house in an apartment in the predominantly German quarter of Morrisania in the Bronx. Elizabeth (as her name was spelled in the United States) kept house, while Frederick worked as a restaurant and hotel manager. Their first child, Elizabeth, was born on April 30, 1904.

Despite living in a German neighborhood, Elizabeth was homesick. The family returned to Kallstadt in 1904, selling their assets in America. Because the Bavarian authorities suspected that he had left Germany in order to avoid the service in the Imperial Army, Frederick could not remain in Germany, so the family returned to the United States in 1905. Their second child, Fred, was born, and they set up house on 177th Street in the Bronx. After Elizabeth gave birth to her third child, John, the family moved to Queens, where Frederick began to develop real estate. In 1918, he died of influenza during the 1918 flu pandemic, leaving an estate valued at $31,359 (or approximately $345,000 in 1999 dollars).

Trump was considered the matriarch of the Trump family. She remained close to her son Fred for her entire life.

Following the untimely death of her husband, Elizabeth Trump continued the real estate business he had begun. She displayed a "remarkable talent" for keeping the real estate business going. She had contractors build houses on the empty lots Frederick had owned, sold the houses, and lived off of the mortgage payments. Her vision was to have her three children continue the family business. Her middle child, Fred Trump, began construction of his first house in 1923, soon after graduating high school. Elizabeth partially financed Fred's houses, and held the business in her name because Fred had not reached the age of majority. They did business as "E. Trump & Son", building hundreds of houses in Queens over the next several years. The company was incorporated in 1927, but the name was in use at least as early as 1926.

Elizabeth Trump remained involved in the family business throughout her life. Even in her 70s, she would collect coins from the laundromats in Trump buildings.

The contents of this page are sourced from Wikipedia article on 29 Jan 2020. The contents are available under the CC BY-SA 4.0 license.
View Elizabeth Trump 's image gallery
Image Gallery 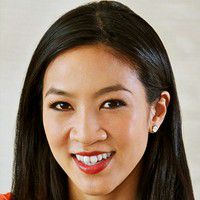