Burgin, who is Jewish, was born in Baltimore, Maryland and grew up in Maryland.

Before playing professionally, Burgin was an outstanding singles and doubles player at Stanford University, from which she graduated. A four-time All-American from 1981 to 1984, she teamed with Linda Gates in 1984 to win the NCAA doubles championship.

In 1982, she reached the 4th round of the US Open (where she was beaten by Bonnie Gadusek), her best performance in singles in a Grand Slam tournament. In 1986, she won her only career singles title at Charleston, South Carolina.

During her career, she won 11 WTA tournaments, including 10 in doubles. She reached Number 7 in the world in doubles.

After she retired in 1993, Burgin became a tennis commentator.

In 2003, she was inducted into the USTA Mid–Atlantic Tennis Hall of Fame. 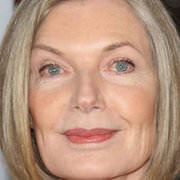