Olga Maria Elisabeth Friederike Schwarzkopf, DBE (9 December 1915 – 3 August 2006) was a German-born Austro-British soprano. She was among the foremost singers of lieder, and was renowned for her performances of Viennese operetta, as well as the operas of Mozart, Wagner and Richard Strauss. After retiring from the stage, she was a voice teacher internationally. She is considered one of the greatest sopranos of the 20th century.

Schwarzkopf was born on 9 December 1915 in Jarotschin in the Province of Posen in Prussia, Germany (now Poland) to Friedrich Schwarzkopf and his wife, Elisabeth (née Fröhlich). Schwarzkopf performed in her first opera in 1928, as Eurydice in a school production of Gluck's Orfeo ed Euridice in Magdeburg, Germany. In 1934, Schwarzkopf began her musical studies at the Berlin Hochschule für Musik, where her singing tutor, Lula Mysz-Gmeiner, attempted to train her to be a mezzo-soprano. Schwarzkopf later trained under Maria Ivogün, and in 1938 joined the Deutsche Oper.

In 1933, shortly after the Nazis came to power, Elisabeth Schwarzkopf's father, a local school headmaster, was dismissed from his position by the new ruling authorities for having refused to allow a Nazi party meeting at his school. He was also banned from taking any new teaching post. Until Friedrich Schwarzkopf's dismissal, the probability was that the 17-year-old Elisabeth would have studied medicine after passing her Abitur; but now, as the daughter of a banned schoolteacher, she was not allowed to enter university and she commenced music studies at the Berlin Hochschule für Musik. Schwarzkopf made her professional debut at the Deutsche Oper Berlin (then called Deutsches Opernhaus) on 15 April 1938, as the Second Flower Maiden (First Group) in act 2 of Richard Wagner's Parsifal. In 1940 Schwarzkopf was awarded a full contract with the Deutsches Opernhaus, a condition of which was that she had to join the Nazi party.

Since the theme was brought up in the dissertation of the Austrian historian Oliver Rathkolb in 1982, the question of Schwarzkopf's relationship with the Nazi Party has been discussed repeatedly in the media and in literature. There was criticism that Schwarzkopf, not only in the years immediately after the war but also in confrontation with revelations made in the 1980s and 1990s made contradictory statements, including in regard to her membership in the NSDAP (Member No. 7,548,960). At first, she denied this and then with varying explanations defended it. In one version, for example, she claimed that she joined the party only at the insistence of her father who, himself, had earlier lost his position as school principal after forbidding a Nazi program in the school.

Further publications discussed her musical performances during the war before Nazi party conferences and for units of the Waffen-SS. Her defenders argue in favor of her claim that she always strictly separated art from politics and that she was a non-political person.

In 1942, she was invited to sing with the Vienna State Opera, where her roles included Konstanze in Mozart's Die Entführung aus dem Serail, Musetta and later Mimì in Puccini's La bohème and Violetta in Verdi's La traviata.

Schwarzkopf starred in five feature films for Reich Minister of Propaganda Joseph Goebbels, in which she acted, sang and played the piano.

In 1945, Schwarzkopf was granted Austrian citizenship to enable her to sing in the Vienna State Opera (Wiener Staatsoper). In 1947 and 1948, Schwarzkopf appeared on tour with the Vienna State Opera at London's Royal Opera House at Covent Garden on 16 September 1947 as Donna Elvira in Mozart's Don Giovanni and at La Scala on 28 December 1948, as the Countess in Mozart's The Marriage of Figaro, which became one of her signature roles.

Schwarzkopf later made her official debut at the Royal Opera House on 16 January 1948, as Pamina in Mozart's The Magic Flute, in performances sung in English, and at La Scala on 29 June 1950 singing Beethoven's Missa solemnis. Schwarzkopf's association with the Milanese house in the early 1950s gave her the opportunity to sing certain roles on stage for the only time in her career: Mélisande in Debussy's Pelléas et Mélisande, Iole in Handel's Hercules, Marguerite in Gounod's Faust, Elsa in Wagner's Lohengrin, as well as her first Marschallin in Richard Strauss's Der Rosenkavalier and her first Fiordiligi in Mozart's Così fan tutte at the Piccola Scala. On 11 September 1951, she appeared as Anne Trulove in the world premiere of Stravinsky's The Rake's Progress. Schwarzkopf made her American debut with the Chicago Symphony Orchestra on October 28 and 29, 1954, in Strauss's Four Last Songs and the closing scene from Capriccio with Fritz Reiner conducting; her Carnegie Hall debut was a Lieder recital on 25 November 1956; her American opera debut was with the San Francisco Opera on 20 September 1955 as the Marschallin, and her debut at the Metropolitan Opera on 13 October 1964, also as the Marschallin.

In March 1946, Schwarzkopf was invited to audition for Walter Legge, an influential British classical record producer and a founder of the Philharmonia Orchestra. Legge asked her to sing Hugo Wolf's lied Wer rief dich denn? and, impressed, signed her to an exclusive contract with EMI. They began a close partnership and Legge subsequently became Schwarzkopf's manager and companion. They were married on 19 October 1953 in Epsom, Surrey; Schwarzkopf thus acquired British citizenship by marriage. Schwarzkopf would divide her time between lieder recitals and opera performances for the rest of her career. When invited in 1958 to select her eight favourite records on the BBC's Desert Island Discs, Schwarzkopf chose seven of her own recordings, and an eighth of Karajan conducting the Rosenkavalier prelude, as they evoked fond memories of the people she had worked with.

In the 1960s, Schwarzkopf concentrated nearly exclusively on five operatic roles: Donna Elvira in Don Giovanni, Countess Almaviva in The Marriage of Figaro, Fiordiligi in Così fan tutte, Countess Madeleine in Strauss's Capriccio, and the Marschallin. She was also well received as Alice Ford in Verdi's Falstaff. However, on the EMI label she made several "champagne operetta" recordings like Franz Lehár's The Merry Widow and Johann Strauss II's The Gypsy Baron.

Schwarzkopf's last operatic performance was as the Marschallin on 31 December 1971, in the theatre of La Monnaie in Brussels. For the next several years, she devoted herself exclusively to lieder recitals. On 17 March 1979, Walter Legge suffered a severe heart attack. He disregarded doctor's orders to rest and attended Schwarzkopf's final recital two days later in Zurich. Three days later, he died.

After retiring (almost immediately after her husband's death), Schwarzkopf taught and gave master classes around the world, notably at the Juilliard School in New York City. After living in Switzerland for many years, she took up residence in Austria. She was made a doctor of music by the University of Cambridge in 1976, and became a Dame Commander of the Order of the British Empire (DBE) in 1992.

Schwarzkopf died in her sleep during the night of 2–3 August 2006 at her home in Schruns, Vorarlberg, Austria, aged 90. Her ashes, and those of Walter Legge, were buried next to her parents in Zumikon near Zürich, where she had lived from 1982 to 2003.

Her discography is considerable both in quality and in quantity and is distinguished for her Mozart and Richard Strauss operatic portrayals, her two commercial recordings of Strauss's Four Last Songs and her recordings of lieder, especially those of Wolf.

Schwarzkopf is generally considered to have been the greatest German lyric soprano of the twentieth century and one of the finest Mozart singers of all time with an "indescribably beautiful" voice.

Schwarzkopf's entry in The Grove Book of Opera Singers concludes: "Although she dismissed her [Nazi Party] membership as a professional necessity, her reputation has remained tarnished by what seems to have been an active party membership."

She can be seen in two videotaped performances as the Marschallin:

The contents of this page are sourced from Wikipedia article on 08 Mar 2020. The contents are available under the CC BY-SA 4.0 license.
View Elisabeth Schwarzkopf 's image gallery
Image Gallery 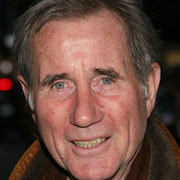