Elisabeth Dmitrieff was the daughter of a Tsarist official. She was active in her youth in the Socialist circles of Saint Petersburg. In 1868, she travelled to Switzerland, and co-founded the Russian section of the First International. Delegated to London, she met Karl Marx there, who sent her in March 1871, aged 20, to cover the events of the Commune.

Dmitrieff finally became an actress of these events, founding with Nathalie Lemel the Women's Union on 11 April 1871. She dedicated herself especially to political questions and the organisation of cooperative workshops.

Elisabeth Dmitrieff participated to the Socialist newspaper La Cause du peuple. After having fought on the barricades during the Bloody Week, she fled to Russia. Once arrived in her native country, she married a political prisoner in order to help him avoid death penalty, and decided to follow him in deportation in Siberia, where she ended her days.

The 3rd Arrondissement's municipal council decided on 27 March 2006 to give her name to a little square, between the rue du Temple and the rue de Turbigo (close-by to the Place de la République). The Elisabeth Dmitrieff Square was inaugurated on 8 March 2007, for the International Women's Day, along with the squares commemorating Nathalie Lemel and Renée Vivien (in the same arrondissement). 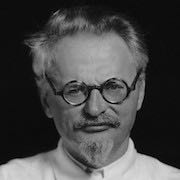