Elio Petri (29 January 1929 – 10 November 1982) was an Italian political filmmaker best known for the 1970 Academy Award-winning film Investigation of a Citizen Above Suspicion.

Elio Petri was born in Rome on 29 January 1929. He was expelled for political reasons from San Giuseppe di Merode, a school run by a priest on the Piazza di Spagna, and joined the youth organization of the Italian Communist Party. He wrote for L'Unità and for Gioventù nuova as well as for Città aperta. He left the party in 1956 after the Hungarian uprising.

Gianni Puccini introduced him to Giuseppe De Santis, who made him assistant to the director of Bitter Rice. He collaborated, without being credited, on Rome 11 O'Clock (1952), one of the least known post-war neo-realist movies. Petri published in book about the inquiry into the actual event depicted in 1956.

After two shorts, Nasce un campione (1954) and I sette contadini (1959), Petri made his debut as a director with L'assassino (The lady killer of Rome), based on a script co-authored with Tonino Guerra in 1961.

I giorni contati (1962), was his second film, again co-authored with Tonino Guerra. After two somewhat lesser films Il maestro di Vigevano, (1963) and the sketch Sin in the afternoon, included in High Infidelity, 1964, Petri directed The 10th Victim (1965), a film with futuristic overtones also co-authored with Tonino Guerra. In 1967, he shot We Still Kill the Old Way (adapted from the novel To Each His Own by Leonardo Sciascia), dealing with the individual's inability to cope with reality. The film was also the beginning of the collaboration with the script-writer Ugo Pirro which was to last until 1973.

A Quiet Place in the Country, the last of his films co-authored with Guerra, focuses on solitude and the artist's romantic agony. The film won a Silver Bear award at the 19th Berlin International Film Festival. He then directed four films which earned him recognition for his analysis of schizophrenia. Investigation of a Citizen Above Suspicion (1970) was about the police-force. The Working Class Goes to Heaven (1971) focused on the worker's condition. Property Is No Longer a Theft (1973) emphasized the role of money in our society and how power destroys the individual. Todo modo (1976), which was adapted from the eponymous novel by Leonardo Sciascia, is about the warped psychic structure of the power moguls among the Christian Democrats. Investigation of a Citizen Above Suspicion won the Academy Award for Best Foreign Language Film.

In 1978, Petri directed for the television a remarkable version of Sartre's play Dirty Hands, starring Marcello Mastroianni. Due to copyright issues, the film has not been released outside Italy.

Good News (1979), was produced by Petri and Giancarlo Giannini.

In 1981, Petri went to Geneva to direct Arthur Miller's new play The American Clock, and Marcello Mastroianni was to play the leading role. Petri died of cancer on 10 November 1982. He was 53 years old.

The contents of this page are sourced from Wikipedia article on 08 Mar 2020. The contents are available under the CC BY-SA 4.0 license.
View Elio Petri 's image gallery
Image Gallery 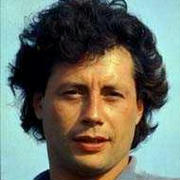 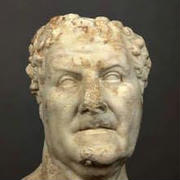 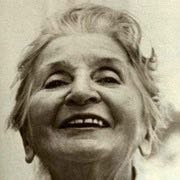 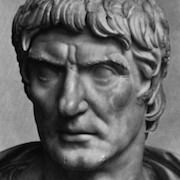