Elfriede Jelinek ([ɛlˈfʁiːdə ˈjɛlinɛk]; born 20 October 1946) is an Austrian playwright and novelist. She was awarded the Nobel Prize in Literature in 2004 for her "musical flow of voices and counter-voices in novels and plays that, with extraordinary linguistic zeal, reveal the absurdity of society's clichés and their subjugating power".

Elfriede Jelinek was born on 20 October 1946 in Mürzzuschlag, Styria, Austria, the daughter of Olga Ilona (née Buchner), a personnel director, and Friedrich Jelinek. She was raised in Vienna by her Romanian-German Catholic mother and Czech Jewish father (whose surname "Jelinek" means "little deer" in Czech).

Her father was a chemist, who managed to avoid persecution during the Second World War by working in strategically important industrial production. However, many of his relatives became victims of the holocaust. Her mother, with whom she had a strained relationship, was from a formerly prosperous Vienna family. As a child, Elfriede attended a Roman Catholic convent school in Vienna. Her mother planned a career for her as a musical "wunderkind". She was instructed in piano, organ, guitar, violin, viola, and recorder from an early age. Later, she went on to study at the Vienna Conservatory, where she graduated with an organist diploma; during this time, she tried to meet her mother's high expectations, while coping with her psychologically ill father. She studied art history and theater at the University of Vienna. However, she had to discontinue her studies due to an anxiety disorder, which resulted in self-isolation at her parents' house for a year. During this time, she began serious literary work as a form of therapy. After a year, she began to feel comfortable leaving the house, often with her mother. She began writing poetry at a young age. She made her literary debut with Lisas Schatten (Lisa's Shadow) in 1967, and received her first literary prize in 1969. During the 1960s, she became active politically, read a great deal, and "spent an enormous amount of time watching television".

She married Gottfried Hüngsberg on 12 June 1974.

Despite the author's own differentiation from Austria (due to her criticism of Austria's Nazi past), Jelinek's writing is deeply rooted in the tradition of Austrian literature, showing the influence of Austrian writers such as Ingeborg Bachmann, Marlen Haushofer, and Robert Musil.

Jelinek's political positions, in particular her feminist stance and her Communist Party affiliations, are of vital importance to any assessment of her work. They are also a part of the reason for the controversy directed at Jelinek and her work. Editor Friederike Eigler states that Jelinek has three major and inter-related "targets" in her writing: capitalist consumer society and its commodification of all human beings and relationships, the remnants of Austria's fascist past in public and private life, and the systematic exploitation and oppression of women in a capitalist-patriarchal society.

Jelinek was a member of Austria's Communist Party from 1974 to 1991. She became a household name during the 1990s due to her vociferous clash with Jörg Haider's Freedom Party. Following the 1999 National Council elections, and the subsequent formation of a coalition cabinet consisting of the Freedom Party and the Austrian People's Party, Jelinek became one of the new cabinet's most vocal critics.

Many foreign governments moved swiftly to ostracize Austria's administration, citing the Freedom Party's alleged nationalism and authoritarianism. The cabinet construed the sanctions against it as directed against Austria as such, and attempted to prod the nation into a national rallying (Nationaler Schulterschluss) behind the coalition parties. This provoked a temporary heating of the political climate severe enough for dissidents such as Jelinek to be accused of treason by coalition supporters.

Jelinek petitioned for the release of Jack Unterweger, who was imprisoned for the murder of a prostitute, and who was regarded by intellectuals and politicians as an example of successful rehabilitation. Unterweger was later found guilty of murdering nine more women within two years of his release, and committed suicide after his arrest.

Jelinek's output has included radio plays, poetry, theatre texts, polemical essays, anthologies, novels, translations, screenplays, musical compositions, libretti and ballets, film and video art. Jelinek's work is multi-faceted, and highly controversial. It has been praised and condemned by leading literary critics. In the wake of the Fritzl case, for example, she was accused of "executing 'hysterical' portraits of Austrian perversity". Likewise, her political activism has encountered divergent and often heated reactions. Despite the controversy surrounding her work, Jelinek has won many distinguished awards; among them are the Georg Büchner Prize in 1998; the Mülheim Dramatists Prize in 2002 and 2004; the Franz Kafka Prize in 2004; and the Nobel Prize in Literature, also in 2004.

Female sexuality, sexual abuse, and the battle of the sexes in general are prominent topics in her work. Texts such as Wir sind Lockvögel, Baby! (We are Decoys, Baby!), Die Liebhaberinnen (Women as Lovers) and Die Klavierspielerin (The Piano Teacher) showcase the brutality and power play inherent in human relations in a style that is, at times, ironically formal and tightly controlled. According to Jelinek, power and aggression are often the principal driving forces of relationships. Likewise Ein Sportstück (Sports Play) explores the darker side of competitive sports. Her provocative novel Lust contains graphic description of sexuality, aggression and abuse. It received poor reviews by many critics, some of whom likened it to pornography. But others, who noted the power of the cold descriptions of moral failures, considered it to have been misunderstood and undervalued by them.

Her novel The Piano Teacher was the basis for the 2001 film of the same title by Austrian director Michael Haneke, starring Isabelle Huppert as the protagonist. In April 2006, Jelinek spoke out to support Peter Handke, whose play Die Kunst des Fragens (The Art of Asking) was removed from the repertoire of the Comédie-Française for his alleged support of Slobodan Milošević. Her work is less known in English-speaking countries. However, in July and August 2012, a major English language premiere of her play Ein Sportstück by Just a Must theatre company brought her dramatic work to the attention of English-speaking audiences. The following year, in February and March 2013, the Women's Project in New York staged the North American premiere of Jackie, one of her Princess Dramas.

Jelinek said she felt very happy to receive the Nobel Prize, but felt "despair for becoming a known, a person of the public". Known for her modesty and subtle self-irony, she – a reputed feminist writer – wondered if she had been awarded the prize mainly for "being a woman", and suggested that among authors writing in German, Peter Handke, whom she praises as a "living classic", would have been a more worthy recipient.

Jelinek was criticized for not accepting the prize in person; instead, a video message was presented at the ceremony. Others appreciated how Jelinek revealed that she suffers from agoraphobia and social phobia, paranoid conditions that developed when she first decided to write seriously. Both conditions are anxiety disorders which can be highly disruptive to everyday functioning yet are often concealed by those affected, out of shame, or feelings of inadequacy. She has said her anxiety disorders make it impossible for her to go to the cinema or board an airplane (in an interview she wished to be able to fly to New York to see the skyscrapers one day before dying), and incapable of taking part in any ceremony.

In 2005, Knut Ahnlund left the Swedish Academy in protest, describing Jelinek's work as "whining, unenjoyable public pornography", as well as "a mass of text shovelled together without artistic structure". He said later that her selection for the prize "has not only done irreparable damage to all progressive forces, it has also confused the general view of literature as an art".

In an interview Jelinek gave to the Frankfurter Allgemeine Zeitung after receiving the Nobel Prize, Jelinek said that until then, she had written against great inner resistance (“like constantly having to vomit”) out of a sense of social and political obligation.

The contents of this page are sourced from Wikipedia article on 08 Mar 2020. The contents are available under the CC BY-SA 4.0 license.
View Elfriede Jelinek 's image gallery
Image Gallery 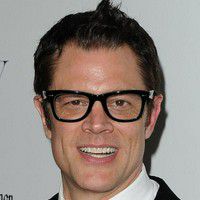