Elene Gedevanishvili (Georgian: ელენე გედევანიშვილი, born 7 January 1990) is a Georgian figure skater. She is a two-time (2012, 2010) European bronze medalist. In winning the medal in 2010, Gedevanishvili became the first skater from Georgia to medal at an ISU Championships. She has competed at three Winter Olympics: Turin 2006, Vancouver 2010 and Sochi 2014.

Elene Gedevanishvili was born in Tbilisi, Georgian SSR. She is the elder sister of Dmitri Gedevanishvili, a competitive alpine skier. She graduated form Plymouth State University in spring 19’ with Bachelor of science in Psychology of Exercise.

As a child, Gedevanishvili lived and trained in Georgia and went to training camps in Moscow, Russia. At the age of nine, she and her mother settled in Moscow and at age eleven, she began working with Elena Buianova (Vodorezova). She trained at CSKA Moscow with Buianova and Tatiana Tarasova. At the 2005–06 ISU Junior Grand Prix event in Estonia, she became the first Georgian skater to win a Junior Grand Prix event.

Gedevanishvili made her senior international debut at the 2006 European Championships where she finished 5th. Her second senior competition was the 2006 Winter Olympics. She was 6th in the short program and finished 10th overall. She ended the season at the 2006 World Championships, placing 14th.

In October 2006, Gedevanishvili was forced to leave Russia after the Russian authorities revoked her mother's visa on a technicality. Her mother was given ten days to leave the country so Buianova recommended that the skater train in Tallinn, Estonia with Anna Levandi (Kondrashova) for her first Grand Prix event of the season, the 2006 Cup of China, which was to take place in three weeks. Shortly thereafter, Gedevanishvili contracted a case of whooping cough that went undiagnosed for several months. She withdrew from both of her Grand Prix events. In December 2006, she moved to Wayne, New Jersey to train with coach Galina Zmievskaya, former coach of Olympic gold medalist Oksana Baiul. She left Zmievskaya in April 2007 due to a personality conflict.

Gedevanishvili was awarded the Order of Honor by Georgian President Mikheil Saakashvili for her achievements as an athlete and in recognition of her treatment in Russia. She moved to Hackensack, New Jersey to train with coaches Roman Serov and Viktor Kudriavtsev at the Ice House. In 2009, she changed coaches to Robin Wagner. She also occasionally worked with Roman Serov on her jumps and 1982 World Champion Elaine Zayak. Gedevanishvili can perform the Biellmann spin with a foot change.

In 2009, Gedevanishvili finished 25th at Europeans, the lowest result at the event in her career, but then achieved a career-best result at the World Championships where she finished 10th. Her Worlds placement qualified her for her second Olympics.

Gedevanishvili became the first skater representing Georgia to medal at an ISU Championships when she won the bronze medal at the 2010 European Championships. She then competed in the 2010 Winter Olympics, placing 9th in the short program, 17th in the free skate, and 14th overall. At the final event of the season, the 2010 World Championships, she finished 18th.

In the 2012–13 season, Gedevanishvili was 14th at European Championships. At the 2013 World Championships, she missed an opportunity to qualify for the 2014 Winter Olympics by finishing 29th, the lowest Worlds placement of her career. In the summer of 2013, Gedevanishvili moved from Toronto to Boxborough, Massachusetts in order to be closer to her family. Konstantin Kostin and Edouard Pliner became her coaches.

In September 2013, Gedevanishvili placed 6th at the Nebelhorn Trophy, the last Olympic qualifying event. As a result of her placement, Georgia received one of the six ladies' spots available to countries not having qualified at 2013 Worlds. Gedevanishvili switched coaches back to Brian Orser and Ghislain Briand after the Grand Prix series. Gedevanishvili placed 10th at European Championships and 19th at the 2014 Winter Olympics.

The contents of this page are sourced from Wikipedia article on 19 Mar 2020. The contents are available under the CC BY-SA 4.0 license.
View Elene Gedevanishvili 's image gallery
Image Gallery 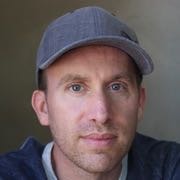 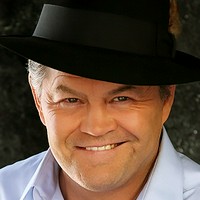 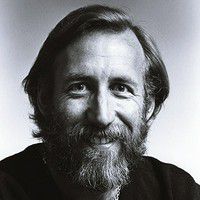