Elena Anagnostopoulou (born 27 January 1967 in Athens, Greece) is a Greek theoretical linguist and syntactician. She is currently Professor of Theoretical Linguistics at the University of Crete.

Anagnostopoulou received her PhD in 1994 from the University of Salzburg. Following this, she held a postdoctoral position at the MIT from 1997 to 1998, before taking up a position as Assistant Professor at the University of Crete in 1998, where she remains to this day. She was promoted to Associate Professor in 2005 and to full professor in 2009. In 2007 she returned to MIT as a Visiting Associate Professor.

Anagnostopoulou works within the framework of generative grammar, and is known for her work in syntax, morphology, and historical linguistics. Within these fields she has focused on the phenomena of case, agreement, person, argument structure, and clitics.

Anagnostopoulou was awarded a Friedrich Wilhelm Bessel Research Award by the Alexander von Humboldt Foundation in 2013. In 2019 she was elected a member of the Academia Europaea.

The contents of this page are sourced from Wikipedia article on 19 Apr 2020. The contents are available under the CC BY-SA 4.0 license.
comments so far.
Comments
Reference sources
References
http://philology.uoc.gr/uploads/CV_Elena_Anagnostopoulou.pdf
http://philology.uoc.gr/en/staff/elena-anagnostopoulou
https://www.humboldt-foundation.de/pls/web/pub_auswahlergebnisse.main?p_lang=en&p_bereich=PUBL-BES
https://www.ae-info.org/ae/Member/Anagnostopoulou_Elena
Trending today in 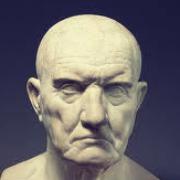