Eleanor May Tomlinson (born 19 May 1992) is an English actress, known for her roles as Princess Isabelle in Jack the Giant Slayer (2013), Isabel Neville in The White Queen, and Demelza Poldark in Poldark.

Tomlinson was born in London. She moved with her family to Beverley, East Riding of Yorkshire, England when she was young and attended Beverley High School. She is the daughter of Judith Hibbert, a singer, and Malcolm Tomlinson, an actor. Her brother, Ross Tomlinson, is also an actor.

Tomlinson appeared in The Illusionist as Young Sophie. She starred in the teenage film Angus, Thongs and Perfect Snogging in which she plays "Jas". Tomlinson played Kirsten in the Pro Sieben international production Hepzibah – Sie holt dich im Schlaf alongside David Bamber, under the direction of Robert Sigl. Tomlinson went on to play Eve, an alien, in 'The Mad Woman in the Attic' – episodes three and four of Season 3 of The Sarah Jane Adventures – in 2009, as well as Fiona Chataway in the film Alice in Wonderland which premiered in theatres on 5 March 2010. In 2013 she was Xenya in the film Siberian Education by Gabriele Salvatores.

After an extensive search, Tomlinson was cast as Princess Isabelle in Jack the Giant Slayer (2013), directed by Bryan Singer. She also starred in the TV series, The White Queen, as Lady Isabel Neville and as Georgiana Darcy in the BBC adaptation of Death Comes to Pemberley.

In 2015, she played Demelza Poldark in the BBC One television series Poldark. 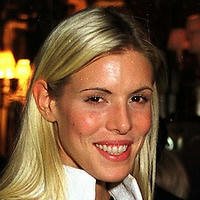