Eléanor (or Éléonore) de Roucy de Roye, princesse de Condé (24 February 1535 – 23 July 1564) was the eldest daughter and heiress of Charles, seigneur (sire) de Roye and de Muret, comte de Roucy. Her mother, Madeleine de Mailly, dame de Conti, was the daughter of Louise de Montmorency and half-sister of Admiral Coligny, d'Andelot, and Cardinal de Châtillon. Eléanor was the first wife of Louis I de Bourbon, prince de Condé; as such, she was the sister-in-law of Antoine of Navarre and aunt of King Henry IV.
Eléanor inherited the county of Roucy through her father and the lordship of Conti through her mother. On 22 June 1551, she married Louis I de Bourbon, prince de Condé at age sixteen. They had eight children, of whom only two, Henri and François, were to have progeny.
During the first of the French Civil Wars, especially between 1560 and 1563, Eléanor and her mother were engaged in important political activities in support of her husband, the Prince of Condé. Twice while Condé was a prisoner of the ultra-catholic Guise family, his wife and mother-in-law systematically reinforced his alliances with Protestant German princes and with Elizabeth I of England. Armed with this support, Eléanor made negotiations by letter and by direct contact with the regent, Catherine de' Medici; the outcome was the Peace of Amboise and the release of her husband.
Eleonore was a loyal spouse, a devoted mother, and, above all, a fervent believer in the Reformed (Protestant) faith, having converted her husband Louis. She died on 23 July 1564, her final hours filled with loving admonitions to her family as well as prayers and meditations. 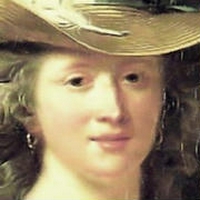 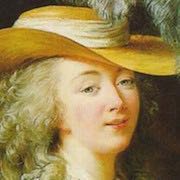