Efren Saldivar (born September 30, 1969) is an American serial killer who murdered patients while working as a respiratory therapist in the state of California.

Born in Brownsville, Texas, he graduated from the College of Medical and Dental Careers in North Hollywood, California in 1988. He obtained work as a respiratory therapist employed by the Glendale Adventist Medical Center, working the night shift when there were fewer staff on duty.

He killed his patients by injecting a paralytic drug which led to respiratory and/or cardiac arrest. These drugs could have included Morphine and Suxamethonium chloride as they were found in his locker with fresh and used syringes. Pancuronium (brand name Pavulon) definitely was used in six murders; this drug is used to stop a patient's respiration when they are about to be put on a medical ventilator. He was careful in the selection of his victims, choosing those who were unconscious and close to death. This led to no easily detectable rise in the rate or distribution of patient deaths when he was on duty. This in turn hampered the investigation, as there were no easily discernible correlations between changes in the distribution or rate of deaths and his shift pattern (a commonly used tool in examining whether malpractice is taking place).

His medical employment was ended on March 13, 1998. Shortly afterward, he confessed to 50 murders (a confession he later retracted). In searching for evidence that would be strong enough to obtain a court conviction, the police exhumed the remains of patients who had died while Saldivar had been on duty and been buried (rather than cremated). The marker that was being sought was unusually high levels of Pavulon in the cadaver, as this drug remains identifiable for many months (unlike succinylcholine chloride and morphine which are decomposed into innocuous compounds relatively rapidly).

After 20 exhumations, six cadavers had evidence of a lethal concentration of Pavulon. On March 12, 2002 Saldivar pleaded guilty to those six counts of murder and received six consecutive life sentences without the possibility of parole. He is incarcerated in Salinas Valley State Prison

The former head of the respiratory care department at Loma Linda University, Tom Malinowski, led the internal investigation by Adventist Health. Statistical analysis indicates that the total number of murders committed by Saldivar could be as high as 200, but no convincing physical evidence will ever be available to confirm or refute this possibility due to bodies being cremated after death or simply the effects of bodily harm. 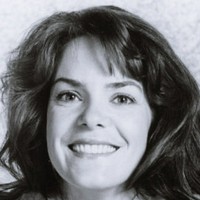 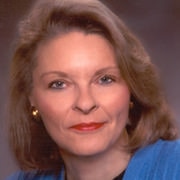