Efraín Escudero (born January 15, 1986) is a Mexican-American mixed martial artist. He trains under Drew Fickett and competes in the 155 lb (70.3 kg) weight class. Efrain was the winner of season eight of Spike TV's reality show, The Ultimate Fighter. Escudero is currently fighting in the Lightweight division of the Ultimate Fighting Championship.

Escudero began his career in the summer of 2006 by putting together two back to back wins in Roland Sarria's Phoenix based Rage in the Cage mixed martial arts organization. He followed up his two fight win streak the following summer by recording 7 straight wins, all by submission. This streak of submissions was the highest recorded in the year of 2007.

Escudero only fought during the summer months because he was a full-time collegiate wrestler. He competed for Pima Community College for the 2006 and 2007 seasons. This is the same college that fellow MMA competitors Drew Fickett, Jamie Varner and Jesse Forbes attended. During the 2006-2007 season, Escudero placed 7th at the NJCAA national tournament in the 157 lb weight class, officially making Escudero an All-American.

In 2007 Escudero stepped out of his summer fight schedule to compete in Full Moon Fighting's inaugural event held in Puerto Peñasco, Mexico. This was Escudero's first fight in his birth country of Mexico and he wore a pair of fight shorts bearing the Mexican Flag. This bout was against Tommy Wagner, whom he defeated by submission due to strikes at 1:12 of round 1.

Escudero was a contestant on the UFC's The Ultimate Fighter: Team Nogueira vs. Team Mir on Spike TV as a lightweight. He won his first fight against Ido Pariente with a rear naked choke in the first round to make it into the house. He then beat Shane Nelson in the second round with a mounted triangle to earn a spot in the semi-finals. He then beat Junie Browning with a D'Arce choke in the second round to advance to the finals. In the The Ultimate Fighter: Team Nogueira vs. Team Mir finale, shown on Spike TV, Escudero earned a six-figure UFC contract by defeating Phillipe Nover by unanimous decision. Upon receiving the trophy, Escudero dedicated his win to his late father, who died just before he left for the show. He further dedicated his win to anybody who had ever lost anybody they loved.

Escudero earned his first official win in the UFC on December 13, 2008, by defeating Phillipe Nover by unanimous decision during the main event of The Ultimate Fighter: Team Nogueira vs. Team Mir.

Efrain was set to fight Jeremy Stephens at UFC Fight Night 18. Efrain came down with a rib injury that forced him to withdraw from the bout. In an online interview, hosted by Escudero's official website, Escudero confirmed that he would fight Cole Miller at UFC 103. Prior to his fight with Miller, Efrain told FightLockdown.com "I have been concentrating on knocking people out. My hands are improving every day. If they want to keep it standing, I am ready and willing to do just that.”

At UFC 103, in his first post-TUF fight, Escudero eventually earned an impressive KO win over Miller at 3:36 of the first round. He was aggressive throughout, once executing a powerful takedown in lifting and slamming Miller to the canvas. After dropping Miller with a strong jab, he followed up with two ground and pound strikes to the head of his opponent to stop the fight.

Escudero suffered his first professional defeat against Evan Dunham at UFC Fight Night 20 via submission in the third round. Escudero refused to tap until the armbar was at an extreme angle and left the ring under medical supervision before the victory presentation, leading to speculation that the arm was broken. Escudero reassured fans via Twitter that the arm only suffered tendon damage.

After an MRI showed that Efrain's arm was healthy, and he confirmed that he would be fighting Dan Lauzon at UFC 114.

Escudero then defeated Lauzon via unanimous decision (29-27, 29-27, 29-27) after being deducted a point late in the third round for accidentally striking Lauzon in the groin.

Escudero was expected to face John Gunderson on September 15, 2010 at UFC Fight Night 22. Escudero was then set to face Matt Wiman after Wiman's original opponent, Mac Danzig was forced from the card with an injury. Wiman also suffered an injury and was replaced by Charles Oliveira. Gunderson will now face returning UFC veteran Yves Edwards.

Escudero weighed in at 159 pounds, three pounds over the limit, resulting in the fight becoming a catchweight bout. Escudero lost the bout via submission due to a standing rear-naked choke in the third round.

On September 20, 2010, Escudero was released from his UFC contract, making him the second TUF winner to be released by the UFC.

After leaving the UFC, Escudero compiled a 5-1 record, finishing three of his opponents via submission.

Escudero's fourth fight since leaving the UFC came against fellow UFC veteran Fabrício Camões at Tachi Palace Fights 9 on May 5. He lost via unanimous decision after being controlled by Camões for the first two rounds.

Escudero was then scheduled to fight submission wizard Tim Radcliffe at BAMMA 7. However, on September 6, it was announced that visa issues prevented his travel to England.

After visa-issues forced Paul Kelly out of his fight at Legacy Fighting Championship 9, Efrain was announced as his replacement. He was signed to fight Jeff Rexroad on Dec. 16th, 2011. However, Efrain was re-signed to the UFC, causing him to withdraw from the bout.

Return to the UFC

In his UFC return, Escudero faced Jacob Volkmann on December 30, 2011 at UFC 141, replacing an injured TJ Grant. He lost the fight via unanimous decision, but was very close to submitting Volkmann in the closing minutes.

Escudero then faced Mac Danzig on April 21, 2012 at UFC 145. Escudero lost the fight by unanimous decision and was subsequently released from the promotion for a second time.

Efrain signed a one-fight deal with Bellator Fighting Championships and fought Cesar Avila at Bellator 55. He won the fight by guillotine choke submission in the first round.

Escudero faced Zack Surdyka on September 20, 2013 at Bellator 100. He won the bout via unanimous decision.

Escudero was originally expected to face Francisco Trinaldo on September 13, 2014 at UFC Fight Night 51. However, Trinaldo was replaced in the bout by Leonardo Santos. Escudero lost the fight by unanimous decision.

Escudero then faced Drew Dober at UFC 188 on June 13, 2015. He won the fight by guillotine choke submission in the first round.

Escudero faced Leandro Silva on November 21, 2015 at The Ultimate Fighter Latin America 2 Finale. He lost the fight by unanimous decision.

Escudero next faced Kevin Lee on April 23, 2016 at UFC 197. He lost the fight via unanimous decision and was subsequently released from the promotion for a third time.

Following his third release from the UFC, Escudero began competing in various international promotions. Recording decision victories in Urayasu, Chiba and Mons, Belgium. Efrain is next scheduled to compete at the O2 Arena in Prague, Czech Republic against Mansour Barnaoui (13-4) on February, 7th 2017 for EuroFC's inaugural event.

Escudero was a collegiate wrestler at Grand Canyon University. Though he left the school to join the UFC, he eventually returned to earn his Bachelor of Science in Criminal Justice in 2011. 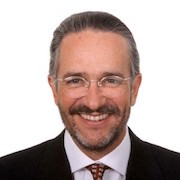 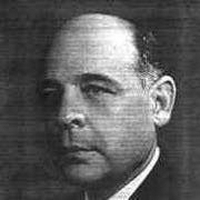