Edwin Oldfather Reischauer (October 15, 1910 – September 1, 1990) was an American educator and professor at Harvard University. He was a leading scholar of the history and culture of Japan and East Asia. An article Reischauer wrote in 1960 analyzing current tensions between the U.S. and Japan caught the attention of U.S. President John F. Kennedy, who appointed him as the United States Ambassador to Japan (1961–1966).

Reischauer was born in Tokyo, Japan, the son of Presbyterian educational missionaries Helen Sidwell Oldfather and August Karl Reischauer. He attended the American School in Japan and graduated with a B.A. from Oberlin in 1931. On his 75th birthday, he recalled publicly that his life aim in 1931 was to draw attention to Asia.

He earned his Ph.D. from Harvard University in 1939. He was a student of the Russian-French Japanologist Serge Elisséeff, who had been the first Western graduate of the University of Tokyo. His doctoral dissertation was "Nittō guhō junrei gyōki: Ennin's Diary of His Travels in T'ang China, 838–847", a study and translation of the Japanese monk Ennin's travelogues on his journeys in China during the Tang dynasty. Ennin's work, Record of a Pilgrimage to China in Search of the Law (入唐求法巡礼行記; Middle Chinese: Nyip-Dang gjuw-pjop zwin-léi hæng-kì), is written in Classical Chinese, and Reischauer's work demonstrates the level of sinological scholarship a student of Japanese was expected to demonstrate at that time.

His forty-year teaching career was spent at Harvard, where he and John King Fairbank developed a popular undergraduate survey of East Asian history and culture. This course, which was known as "Rice Paddies," was the basis for their widely influential two volume textbook, East Asia: The Great Tradition (1958) and East Asia, The Modern Transformation (1965). Reischauer wrote both for fellow scholars and for the general public, including Japan: Story of a Nation, which appeared in several editions. He served as director of the Harvard–Yenching Institute and chairman of the Department of Far Eastern Languages. In a farewell lecture at the Yenching Institute in 1981, students had to compete for seats with faculty colleagues, university officials and a television crew from Japan. In this crowded scene he said, "As I remember, there were only two graduate students interested in East Asian studies when I first came here: myself and my brother."

In 1956, Professor Reischauer was a widower with three children when author James A. Michener introduced him to Haru Matsukata, who would become his second wife. As teenagers, it turned out, they had gone to the same Tokyo high school, where she had had a secret crush on him. She and her husband became a formidable team. The Belmont, Massachusetts, house they designed together is maintained and used today as the Edwin O. Reischauer Memorial House.

In 1973, he was the founding Director of the Japan Institute, which was renamed the Edwin O. Reischauer Institute of Japanese Studies in his honor when he turned 75 in 1985.

Reischauer was also honored in 1985 by the opening of the Edwin O. Reischauer Center for East Asian Studies at the Paul H. Nitze School of Advanced International Studies (SAIS), which is part of Johns Hopkins University . Speaking at the dedication ceremonies in Baltimore, Sen. Jay Rockefeller, one of Reischauer's former students, described Reischauer as being "what a teacher is meant to be, one who can change the life of his students." At the same event, Japan's Ambassador Nabuo Matsunaga read a personal message from Prime Minister Yasuhiro Nakasone, who observed, "I know of no other man who has so thoroughly understood Japan."

With George M. McCune, Reischauer in 1939 published the McCune–Reischauer system for romanization of the Korean language which became the most widely used system for many years. Reischauer called the Korean alphabet (Hangul) "perhaps the most scientific system of writing in general use in any language."

Reischauer advocated both in public and in government policy documents on the framework and attitude of U.S. policy on Japan post-World War II and during the Vietnam War and America's role in Asia.

On September 14, 1942—three years before the end of World War II—Reischauer, then an instructor in Far Eastern languages at Harvard University, wrote the "Memorandum on Policy towards Japan" which laid out a plan on how the United States can attain its post-war objective of "winning the peace" in Asia. According to Japanese historian Takashi Fujitani, the memo reveals a "condescension toward Japanese people" and a "purely instrumentalist and manipulative stance". In the abstract to his article, "The Reischauer Memo: Mr. Moto, Hirohito, and Japanese American Soldiers", Fujitani writes:

Already at this early date in the war, Reischauer proposed retention of the Japanese emperor as head of a postwar “puppet regime” that would serve U.S. interests in East Asia. He also argued that Japanese Americans had until then been a “sheer liability” and that the United States could turn them into an “asset” by enlisting them in the U.S. military. He reasoned that Japanese American soldiers would be useful for propaganda purposes – that is, to demonstrate to the world and particularly the “yellow and brown peoples” that the United States was not a racist nation.

During World War II, Reischauer was a Japan expert for the U.S. Army Intelligence Service, and a myth developed after the war that he prevented the bombing of Kyoto. This tale was passed along by Robert Jungk, who claimed that Reischauer convinced his boss to persuade Secretary of War Stimson to reprieve Kyoto and have it crossed off the black list. Reischauer specifically denied this broadly-accepted myth:

I probably would have done this if I had ever had the opportunity, but there is not a word of truth to it. As has been amply proved by my friend Otis Cary of Doshisha in Kyoto, the only person deserving credit for saving Kyoto from destruction is Henry L. Stimson, the Secretary of War at the time, who had known and admired Kyoto ever since his honeymoon there several decades earlier.

A "secret" memorandum declassified in 1996 detailing the conversation among top-level U.S. military and civilian officials on July 16, 1965 in Tokyo revealed a plan put forward by Reischauer, then serving as the United States Ambassador to Japan, that would enable the U.S. to keep its military bases and the option to introduce nuclear weapons in Okinawa after the reversion of the U.S.-occupied islands to Japanese sovereignty. Reischauer premised his strategy on the symbolic political importance of reversion for Japan's conservative ruling party, arguing that the U.S. need not "give Japan any real say in the use of our bases." The conditions he proposed for keeping U.S. bases in Okinawa after reversion—Japan's "accept[ance of] nuclear weapons on Japanese soil, including Okinawa, and […] assurances guaranteeing our military commanders effective control of the islands in time of military crisis"—were accepted by the Japanese government and "became key elements [of] the 1969 U.S.-Japan Okinawa Reversion Agreement".

The 1969 Reversion Agreement effectively made "U.S. military presence more or less permanent and maintain[ed] the option to introduce nuclear weapons", which Reischauer himself confirmed, as reported in a 1981 article in Time:

Since the 1950s, Japan's Liberal Democratic government has solemnly and repeatedly affirmed three basic principles about nuclear weapons: not to make them, possess them or allow them into the country. In 1960, with the signing of the U.S.-Japan Security Treaty, Washington agreed not to "introduce" nuclear weapons into Japan. Two weeks ago, however, former U.S. Ambassador to Japan Edwin O. Reischauer revealed that the two countries have ever since been living a convenient lie. In an interview with Tokyo's Mainichi Shimbun, Reischauer asserted that U.S. naval vessels carrying nuclear weapons have routinely visited Japanese ports—with Tokyo's tacit approval.

To reduce the risk of “disturbances” in Okinawa, Reischauer proposed an increase in U.S. aid, revision of the Price Act to increase compensation for owners of land the U.S. had seized for base construction, and a loosening of the ban on flying the Japanese flag. It is difficult to measure precisely his influence at the time, but all three of these recommendations became U.S. policy.

In 1964, while serving as Ambassador to Japan, Reischauer was stabbed in an assassination attempt. His attacker was captured and deemed by authorities to be mentally disturbed – he apparently acted alone and had no connection to any group or cause. In the aftermath of the violence, Japan's Minister of Public Safety was compelled to resign.

Reischauer received a blood transfusion and recovered from his wound, but the transfusion infected him with hepatitis. He never fully recovered, and though he continued to work and lead an active life, he died of the complications of hepatitis 26 years later, in September 1990. 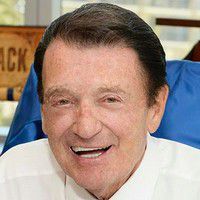 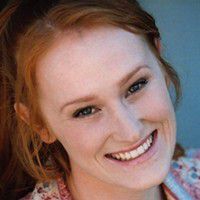 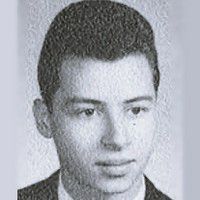