Born in Calcutta, he was the oldest son of John Petty Ward and his wife Eleanor Erskine, daughter of John Erskine. He was educated at Royal Military Academy, Woolwich and joined then the Royal Engineers as cadet in 1841.

Shortly after his admission, he got a promotion to second lieutenant and then in 1844 to first lieutenant. After additional studies at the Royal School of Mines, he began working for the Royal Mint and became second captain in 1852. Two years later, Ward was sent as deputy-master of its oversea branch to Sydney and was promoted to captain in 1855. In May of the latter year, he was nominated a non-elective member of the New South Wales Legislative Council, sitting in it for nine months. He was appointed to the council for life in 1861, however resigned his seat in 1865. Ward was promoted to major in January 1964 and to lieutenant-colonel only few months later. When he rerturned to England in 1866, he was set on halfpay.

In 1869, he became colonel and resumed his old post as deputy-master in a new branch in Melbourne. He was awarded a Commander of the Order of St Michael and St George in 1874 and retired with a pension three years later, having been promoted to major-general. In 1879, he was further honoured as a Knight Commander.

On 21 November 1857, he married Anne Sophia Campbell, daughter of Hon. Robert Campbell, and had by her three sons and four daughters. Ward died in Cannes, aged 66. 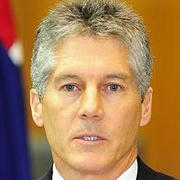