Play media
Edward N. Zalta. "The Stanford Encyclopedia of Philosophy: Issues Faced by Academic Reference Works That May Be of Interest to Wikipedians", Wikimania 2015, Mexico City

Zalta's most notable philosophical position is descended from the position of Alexius Meinong and Ernst Mally, who suggested that there are many non-existent objects. On Zalta's account, some objects (the ordinary concrete ones around us, like tables and chairs) "exemplify" properties, while others (abstract objects like numbers, and what others would call "non-existent objects", like the round square, and the mountain made entirely of gold) merely "encode" them. While the objects that exemplify properties are discovered through traditional empirical means, a simple set of axioms allows us to know about objects that encode properties. For every set of properties, there is exactly one object that encodes exactly that set of properties and no others. This allows for a formalized ontology. 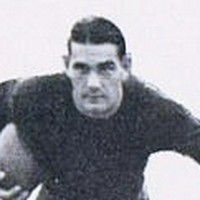