Doty came from England, but from where in England is currently unknown. A possibility might be East Halton in Lincolnshire. According to author Charles Edward Banks, Doty was from London and traveled with another Londoner, Stephen Hopkins, as his indentured servant. Hopkins was making his second journey to the New World as he had served about ten years prior under Capt. John Smith at Jamestown, Virginia Colony.

Edward Doty departed Plymouth, England, aboard the Mayflower on September 6/16, 1620. The small, 100-foot ship had 102 passengers and a crew of about 30–40 in extremely cramped conditions. By the second month out, the ship was being buffeted by strong westerly gales, causing the ship's timbers to be badly shaken with caulking failing to keep out sea water, and with passengers, even in their berths, lying wet and ill. This, combined with a lack of proper rations and unsanitary conditions for several months, contributed to what would be a fatal journey for many, especially the majority of women and children. On the way there were two deaths, a crew member and a passenger, but the worst was yet to come; after arriving at their destination, in the space of several months, almost half the passengers perished in cold, harsh, unfamiliar New England winter.

On November 9/19, 1620, after about three months at sea, including a month of delays in England, they spotted land, which was the Cape Cod Hook, now called Provincetown Harbor. After sighting land they turned south, attempting to reach their planned destination at the Colony of Virginia. However, strong winter seas forced them to return to the harbor at Cape Cod hook, where they anchored on November 11.

Upon arrival of the Mayflower at Cape Cod, Doty was one of 41 male passengers who signed the Mayflower Compact where his name appears as "Edward Doten".

In late 1620, Doty accompanied Hopkins and others on some of the early Pilgrim explorations of the Cape Cod area while trying to locate a suitable location for their settlement.

Edward Doty later became a wealthy land owner, but his argumentative nature and display of temper caused him to be in the Plymouth court many times over the years.

Doty was one of the Mayflower passengers that have left an extensive record of his personality. He had a quick temper that often was out of control and had many business dealings that in some cases bordered on the fraudulent. Other troublemakers were often removed from Plymouth (i.e. Isaac Allerton was forced out) but Doty lived there throughout the rest of his life.

Doty's first problem with the law came just after the Pilgrims had begun constructing their settlement. The early eighteenth century notes of Thomas Prince describe an incident of June 18, 1621 when the first duel (with a sword and dagger) was fought in New England between two servants of Stephen Hopkins, Edward Doty and Edward Leister. The duel ended with one being wounded in the hand and one in the thigh. Their punishment was to be tied head and feet together for twenty-four hours without meat or drink. But soon their master Stephen Hopkins, apparently taking pity on their "great pains", made a "humble request, upon promise of a better carriage" and they were released by the governor.

In the 1623 Division of Land, he received one acre and was later granted an additional twenty acres. Records of the 1630s and 1640s show numerous land transactions by him apparently making him quite prosperous. Per the record of December 4, 1637, one such land transaction involved land being granted to him and Tristram Clarke, "his father in law." It is known that he did own land in central Plymouth where the Mayflower Society House now stands.

In 1626 Edward Doty was one of twenty-seven Purchasers involved with the colony joint-stock company which afterwards was turned over to the control of senior colony members. That group were called the "Undertakers", and was made up initially of John Bradford, Myles Standish and Isaac Allerton, who were later joined by Edward Winslow, William Brewster, John Howland, John Alden, Thomas Prence, and four former Merchant Adventurers back in London. On the agreement, dated October 26, 1626, his surname appears as "Dotey".

In the 1627 Division of the Cattle, in which Doty shared, he probably had completed his term of service to Stephen Hopkins, as he is not listed with that family. His name as "Edward Dolton", is listed with the family of John Howland and wife Elizabeth.

The post-1632 records of the Plymouth Court, which has no existing records prior to that year, has twenty-three cases over the 20 years between January 1632 and October 1651 that involve Edward Doty. The records include suits/countersuits, and charges such as fraud, slander, fighting, assault, debt, trespass, theft, etc. But although Doty appeared before the court numerous times, he was never punished for criminal activities beyond small fines. So even though he was charged with fighting and was sued by many persons for fraudulent trading and goods sales, almost all were civil cases and were not of a criminal nature. And other than his duel in 1621, he never received any physical punishment that was commonly given for crimes such as theft, serious assault and adultery. He was quite fortunate in this regard as typical punishments at that time included whipping, branding, banishment and the stocks.

Even with his periodic court cases, in which he accepted the outcome of all such actions, Edward Doty lived a normal life as a freeman, paying his taxes and all his debts. He periodically received land grants from court as with other residents, and received other property rights and benefits from being classed as a "first comer."

Records do not show that Edward Doty ever served on any juries or held any political office nor was ever appointed to any governmental committees, which was unusual for a Purchaser and early freeman. The only recorded instance of his involvement in anything of a community nature was from a town meeting of February 10, 1643 when he was assigned with George Clark, John Shaw, Francis Billington and others to build a wolf trap in the town of Plain Dealing."

On the August 1643 Able to Bear Arms (ATBA) List "Males that are able to bear Armes", his name appears as "Edward Dotey" on the record of Plymouth men bearing arms.

After Doty's death, Faith married John Philips on March 14, 1666/7 as his 2nd wife. She moved to Marshfield and died there December 21, 1675. She was buried at Winslow Cemetery in Marshfield.

Children of Edward and Faith Doty:

On January 17, 1671 Mary Churchill confessed she had gotten pregnant by Thomas, son of Edward Doty, with whom she had "carnall coppulation" three times – first time on July 15, second time on August 8 and the third was about "senight" after. A sergeant went to Mary Churchill's house, found Doty there and took him into custody. Doty was warned to "take heed lest evil come of such carriages". Mary Churchill was fined and at the time of his court hearing Doty fled the colony, but the two finally married about the time of the birth of their first child.

3. Alexander Standish by 1689 and had three children. His father was Pilgrim Myles Standish. His first wife Sarah was a daughter of Mayflower passenger John Alden.

Edward Doty will and death

Edward Doty made out his will on May 20, 1655, calling himself "sicke and yet by the mercye of God in perfect memory." His will was witnessed by John Howland, John Cooke, James Hurst, and William Hoskins. Doty signed his will with a mark. This was how he signed all his property deeds as he never learned to write.

Doty died on August 23, 1655 in Plymouth, Massachusetts Bay Colony and was buried at Burial Hill Cemetery where there is an existent memorial stone for him.

His estate inventory was dated November 21, 1655 mentioning his wife, his son Edward and other unnamed sons. His will was presented to the court on March 5, 1655/6.

Calling herself the wife of John Philips of Marshfield, Faith dated her will December 12, 1675 and died on December 21, 1675. The will was sworn June 6 – probably 1676, and named her daughters Mary, Elizabeth, and Desire, and her son John. On November 4, 1676, letters of administration were granted to her son-in-law John Rouse, Jr. of Marshfield, husband of her daughter Elizabeth. She was buried in Winslow Cemetery, Marshfield, Mass. where there is an existent memorial stone for her.

Edward Doty will and death 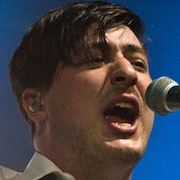 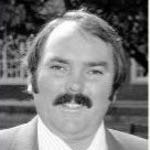