Boyd was born in Stevenston in North Ayrshire. He worked with the Glasgow Unity Theatre in the 1940s.

Later he moved into radio & TV. In the 1960s he created series such as The Odd Man and The Corridor People for Granada TV, and wrote for a number of serials including Z-Cars on the BBC.

In the 1970s he wrote the BBC series The View From Daniel Pike starring Scottish actor Roddy McMillan as a dour private detective.

A collection of Boyd's papers (including some scripts that can be read online) are held by Glasgow University. 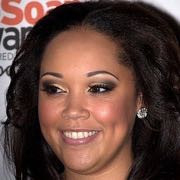