Eduard J. Zehnder is a Swiss mathematician, considered one of the founders of symplectic topology.

He has made fundamental contributions to the field of dynamical systems. In particular, in one of his groundbreaking works with Charles C. Conley, he established the celebrated Arnold conjecture for fixed points of Hamiltonian diffeomorphisms, and paved the way for the development of the new field of symplectic topology.

He directed the thesis of several mathematicians. His first student was Andreas Floer, who defended his thesis in 1984. 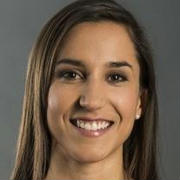