Eduard Duller (18 November 1809, Vienna – 24 July 1853, Wiesbaden) was a German-Austrian writer and clergyman, very active as a poet, novelist and later as a historian.

His biological father died before his birth and so he was brought up lovingly but strictly by his stepfather. A gifted child, he studied philosophy and law in his home town of Vienna as well as writing his first fiction, premiering his first play, titled Meister Pilgram, aged 17. His advanced humanist attitudes made him unsuited to Austrian education under the Metternich System and its Carlsbad Decrees, so in 1830 he left Austria for Munich, where in 1831 he premiered his play Die Wittelsbacher. A year later he mover to Trier, befriending and graduating alongside Friedrich von Sallet. In Trier he withdrew into himself, but gained the clergy's hatred through his play Franz von Sickingen.

In 1834 he moved to Frankfurt am Main and there began publishing the Phönix. Frühlings-Zeitung für Deutschland. (Phoenix - a spring magazine for Germany). This literary journal published fictional works by Georg Büchner, Christian Dietrich Grabbe and other Vormärz writers. Duller handed the editorship over to Karl Gutzkow in summer 1835 and in 1836 moved to Darmstadt, where stayed from then until 1849 and took a lively interest in the German Catholicism movement, which sought to remove papal influence on Catholicism in Germany. His most notable work from the modern perspective is his Die Jesuiten, a populist account of the history and present activities of the Jesuits - on page 109 of it, he wrote:

The work gives presents a negative view of the Order, writing of its alleged hidden criminal activities, showing its moral and social principles as harmful and the Catholic Church as misusing religion. On page 97 he writes:

He later moved again, to Mainz, where in 1851 he became priest to the German Catholic denomination. His grave is in the Mainzer Hauptfriedhof.

The contents of this page are sourced from Wikipedia article on 10 Mar 2020. The contents are available under the CC BY-SA 4.0 license.
View Eduard Duller 's image gallery
Image Gallery 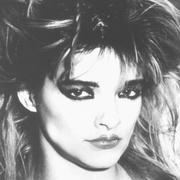 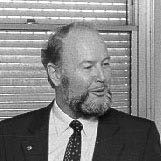