Johann Gottfried Eduard Bayer (20 March 1822 – 23 March 1908), usually known as Eduard Bayer, was a German composer for the classical guitar and a virtuoso performer on the guitar, harp guitar, mandolin and zither.

Bayer was born in Augsburg. He was the son of a civil servant who died early. At age six, he became a member of the boys choir at the local St. Ulrich's church. In his youth, he was employed as an engraver and worked for the company for six years. A local municipal official named W. Schmölzl introduced him to the guitar, giving him scores and tuition materials from Sor, Giuliani, Legnani, and Mertz. He gained such proficiency that by around 1843, he could give up his engraver's job and become a professional guitarist. In 1848, after a number of successful recitals in his hometown, he set out on a tour through Germany together with a certain Loe, one of his most talented pupils. Apparently, they were not successful and on the brink of returning home when at Darmstadt, their fate turned: "Having to pass through Darmstadt on their journey they were quite unexpectedly commanded to play before the court and they received genuine and hearty applause from the Hereditary Grand Duke and Duchess, the latter being a daughter of King Ludwig of Bavaria. Being now provided with weighty recommendations, they left the town which had provided them with such a pleasant surprise and from this time their success was assured."

He later travelled through many musical centres in Germany including Dresden and Leipzig and also through the Netherlands, Belgium and Switzerland. After two years of travelling, he ended up in Hamburg in 1850, although he continued touring until 1857. For some of his publications, he used the pseudonym "A. Caroli", for example for his guitar method Vollständige Guitarreschule and his two collections of short pieces called Esmeralda. One of his most prominent pupils was Otto Hammerer (1834–1905).

Bayer wrote mainly for the salon or for domestic entertainment. Among his numerous compositions are collections of 100 Erholungen ("recreations"), 21 volumes of Der Guitarrist im Salon ("the guitarist in the salon"), and 10 volumes of Musikalischer Blumenstraus ("musical bouquet"). In spite of his international tours and his method being translated into English and French, Bone (1914) wrote "Bayer is held in the highest estimation as a composer by his countrymen, but he is practically unknown out of Germany".

He also composed songs for voice and guitar (mainly excerpts from popular operas), also some music for the zither and a fantasy for guitar and piano. He frequently performed on a harp guitar and was the inventor of a pedal harp guitar that was able to move a capodaster up and down the neck with the help of a foot pedal. Bayer died in Hamburg.

The contents of this page are sourced from Wikipedia article on 12 Jul 2020. The contents are available under the CC BY-SA 4.0 license.
View Eduard Bayer 's image gallery
Image Gallery 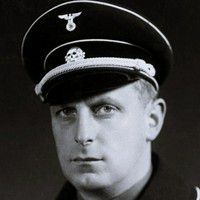