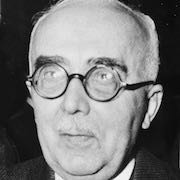 Belin's invention had been used for journalistic photos since 1914, and the process was improved by 1921 to enable transmission of images by radio waves.

From 1926, Belin worked on an television apparatus. In 1926, with Holweg, he tested the capacity for the eye to perceive pictures proposed at a very high speed, using a mirror drum.

Belin was a president of the French Company of photography.

In this apparatus, the transmitter traverses the original image point by point. At each point a measurement of light intensity is made with an electric eye. The measurement is conveyed to the receiver. There, a variable intensity light source reproduces the light measured by the electric eye, while carrying out same displacements exactly. By doing this, it exposes the photographic paper and makes it possible to obtain a copy of the original image.

Other scientists such as Arthur Korn had also been developing technology to transmit images over long distances.

Modern telecopiers and photocopiers use the same principle, with this close the sensor of light intensity was replaced by a sensor CCC, and that the device of impression is based on the laser technology, and either photographic.

Belin gave his name to a high school of Vesoul, Haute-Saône, France.