Born in Torpè, Nuoro, Mulargia graduated in Law, first working as a journalist, then directing numerous scientific and industrial short films. After being assistant of Pietro Germi and Luciano Emmer, in 1963 he made his feature film debut with Le due leggi. As a film director Mulargia specialized in the spaghetti western genre,in which he was usually credited as Tony Moore and Edward G. Muller. In the 1980s he abandoned cinema to work for RAI television. 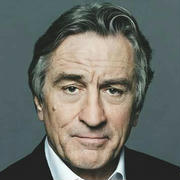