Edmund Edward Fournier d'Albe (born 1868; died 29 June 1933 at St. Albans, UK) was an Irish physicist, astrophysicist and chemist. He was a university professor and distinguished himself in the study and popularization of electromagnetism, as well as the beginnings of astrophysics. He also experimented with improving radio and television.
In addition, he was interested in questions about immortality and held interests in parapsychology and spiritualism. He was one of the originators of pan-Celticism.

Fournier d'Albe was from a French Calvinist family which emigrated to Ireland after the revocation of the Edict of Nantes in 1685. He was born in London in 1868. His father, Edward Herman Fournier d'Albe was a physicist and telegraph engineer.

In 1899, he taught mathematics at University College, Dublin. He was an assistant lecturer of physics at the University of Birmingham starting in 1910, and in October 1914 he went to teach at the University of the Punjab in Lahore. He retired in 1927 after a stroke that left him with a paralyzed hand, but he continued to write in his chosen fields. Fournier d'Albe was the inventor of the optophone and worked as an assistant to the physicist Oliver Lodge. He worked for three years as the secretary at the Dublin section of the Society for Psychical Research.

He originally endorsed spiritualism after becoming convinced of the work of William Crookes with the medium Florence Cook. However, by 1921 he had become skeptical of physical mediumship after detecting trickery from the medium Kathleen Goligher but was a believer in the supernatural. In 1920, he translated Phenomena of Materialization by Albert von Schrenck-Notzing and in 1923 he authored a biography of Crookes.

Fournier d'Albe's first involvement was through the Feis Ceoil, an annual music festival to promote Irish music. The first was held in Dublin in 1897, and he was elected Registrar of the Feis due his skill in business management. As a delegate of the Feis, he attended other music and literary festivals such as the National Eisteddfod of Wales.

In 1898, the Highlands, Wales, Brittany, and the Isle of Man were represented at the Feis Ceoil held in Belfast, and Fournier d'Albe took the occasion to form a provisional committee to organize a Pan-Celtic Congress in Dublin.

Works translated by him 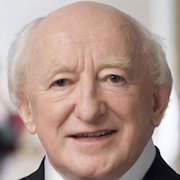 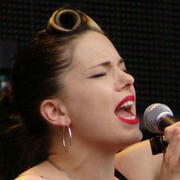 Leader of the United Irishmen