Jarrett was born in South Carolina on March 11, 1933. Like many of the great jazz and soul musicians of the time, she sang in the choir at the church.

Jarrett initially worked in the field of education, first at The Pentagon, and then at Boeing in Seattle. While in Seattle, she was hired by the Seattle School District, first as a teacher (of African-American History and Physical Education) and eventually as principal of Wilson Middle School and Cleveland High School.

She retired after working with the Seattle School District for around 23 years.

After her retirement from teaching, Jarrett decided to become a professional jazz singer; she was 55 at the time. She had always been interested in singing but felt her singing talent was confined to the church.

In Seattle, in 1991, she played the role of blues singer Bessie Smith in a play titled "Janis." The play followed the life of rock/soul/blues singer Janis Joplin (played by Duffy Bishop.) In one of the performances, she was spotted by a booking agent who helped her launch her music career by getting her into several local jazz clubs.

Besides being a part of the Janis play, Jarrett also appeared in a supporting role in a TV movie, "Face of a Stranger," starring Gena Rowlands, Tyne Daly Cynthia Nixon, Kevin Tighe and Jeff Probst. She also portrayed the Poika character in the video game The Vortex: Quantum Gate II (1994.)

Both albums were done for the MNOP Record company.

Until the early 2000s, Jarrett was a respected name in the local jazz circuit and performed regularly in clubs and festivals in Seattle, Northwest, and Western Canada area. However, she had to stop singing as much after she was diagnosed with lung cancer in 2001.

The contents of this page are sourced from Wikipedia article on 10 Apr 2020. The contents are available under the CC BY-SA 4.0 license.
comments so far.
Comments
Reference sources
References
thejazzdog.com
https://web.archive.org/web/20081121054906/http://www.thejazzdog.com/Local_Edmonia.html
jivetimerecords.com/northwest/edmonia-jarrett/
https://web.archive.org/web/20200410043549/http://jivetimerecords.com/northwest/edmonia-jarrett/
https://www.allmusic.com/artist/mn0000180999
https://www.discogs.com/artist/Edmonia+Jarrett
Trending today in 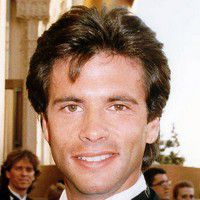 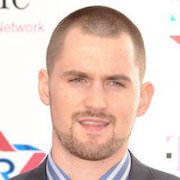