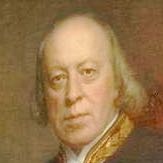 Baron Michel Edmond de Selys Longchamps (25 May 1813 – 11 December 1900) was a Belgian Liberal Party politician and scientist. Selys Longchamps has been regarded as the founding figure of odonatology, the study of the dragonflies and damselflies. His wealth and influence enabled him to amass one of the finest collections of neuropteroid insects and to describe many species from around the world. His collection is housed in the Royal Belgian Institute of Natural Sciences.

Selys was a wealthy aristocrat born in Paris to Michel Laurent de Selys Longchamps and Marie-Denise Gandolphe. He was educated at home by private tutors and never attended school or university. Nevertheless, he became known as the world's leading authority on Odonata as well as an expert on Neuroptera and European Orthoptera. He was also a leading ornithologist. A Liberal Party representative in the Belgian Parliament, he became Councillor for Waremme in 1846, entered the Belgian Senate in 1855, and was finally elected President of the Belgian Senate from 1880 to 1884.

His early interest in birds is shown by a book of coloured figures of Belgian species painted when he was 16. Ornithology remained a lifelong interest and he assembled an ornithological museum at Waremme, maintaining very large collections of birds, both European and exotic, including a great auk and an egg. He was also interested in small mammals. At 18 (1831) he published his first scientific paper, a list of the insects of Liège and in 1837 a list of the dragonflies or Odonata and butterflies and moths or Lepidoptera of Belgium. From that date on, a continuous flow of papers on the Odonata appeared. The works were often monographic, examples being, 1840 Monographie des Libellulides d'Europeand 1850 Revue des Odonates d'Europe, two large works on "Gomphines" and "Calopterygines". There were also systematic works containing phylogenetic analyses, tables and keys) of the "Gomphines", Calopterygines", Agrionines", "Cordulines" and ( generic only) "Aeschnines", the only family not so treated being the difficult "Libellulines". There were (very numerous) local faunas for dragonflies (synopses), appendices to travel works, phylogenetic and morphological notes.

Selys met and began a collaboration with Hermann August Hagen in 1845; They jointly produced the Revue and two monographs. Hagen also aided work on the Synopses and sometimes Selys is given as the author in Kirby's catalogue when Hagen is (in many such instances it is clearly stated by Selys that he had never seen the insects and that Hagen was the author). Selys is the properly attributed author of well over 1,000 species, an enormous number compared to Hagen and more than half of known species. Aware of being an "homme distrait" (distracted man), Selys often affixed names to undescribed species in his collection (nomina nuda). This led to much later nomenclatural confusion. Selys was an inveterate traveller, spending long periods in most European countries and being an honorary member of almost all European entomological societies including the Royal Entomological Society which so honoured him in 1871. He helped to found the Société Entomologique de Belgique in 1856.

He amassed the greatest collection of Neuroptera and Orthoptera in the world, incorporating the collections of Pierre André Latreille, Jules Pièrre Rambur, Jean Guillaume Audinet-Serville, and Félix Édouard Guérin-Méneville, and wrote over 250 papers some of which are masterworks. His collection is in the Royal Belgian Institute of Natural Sciences, although there are de Selys types in many other museums, including the Hope Department of Entomology, University of Oxford. He died at Liège.

Selys published over 250 works on entomology, ornithology and other topics in natural history: 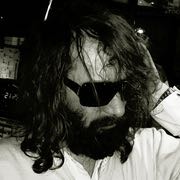