Edmond Carmody, D.D., (born 12 January 1934) is a retired Roman Catholic bishop serving in the Diocese of Tyler. He is Bishop Emeritus from the Diocese of Corpus Christi.

Edmond Carmody was born in Ahalane, Moyvane, County Kerry, Ireland. He was second child of Michael Carmody and Mary Stack who had 12 other children. Carmody was educated in Ireland at St. Brendan's Seminary and at St. Patrick's College. He was ordained a priest on 8 June 1957 for the then Diocese of San Antonio. In 1968 he received a master's degree in education from Our Lady of the Lake University and in 1973 a master's degree in social work. Besides serving in several diocesan positions, Carmody ministered with the Missionary Society of St. James the Apostle in 1984 overseas in Peru.

Carmody was appointed Auxiliary Bishop for the diocese and Titular Bishop of Murthlacum on 15 December 1988. He was consecrated Titular Bishop of Murthlacum on 15 December on the same year. The Principal Consecrator was Archbishop Patrick Flores; his Principal Co-Consecrators were Bishop Charles Grahmann and Bishop Charles Herzig.

On 24 March 1992, Bishop Carmody was appointed as Bishop of the Diocese of Tyler and was installed on 25 May 1992. Eight years later on February 3, 2000, he was appointed Bishop of the Diocese of Corpus Christi and was installed on March 17, 2000. He reached 75 in 2009 and in 2010 became bishop emeritus after Pope Benedict XVI named William Mulvey bishop of Corpus Christi on 18 January 2010 to succeed him.

In 2006, Bishop Carmody had founded a private Roman Catholic School known as John Paul II High School, in honor of the pope of that name. Shortly after becoming bishop emeritus in 2010, he began teaching a class in church history at this same school. He continued to teach this class until he chose to return to Tyler after the Fall semester of the 2012-2013 school year.

The contents of this page are sourced from Wikipedia article on 13 Apr 2020. The contents are available under the CC BY-SA 4.0 license.
View Edmond Carmody 's image gallery
Image Gallery 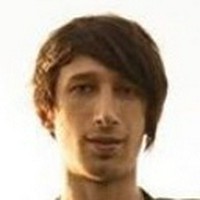 Naturalized American who served time for lying to her employer, the Federal Bureau of Investigation.