Juninho da Silva started his career at the base of EC Vitoria of Bahia, Brazil in 1989. In 1992 he moved to play for CR Flamengo in Rio de Janeiro, Brazil. Da Silva accumulates several brazilian clubs and abroad in his career among them Independiente Petrolero Sucre in Bolivia, CAB, Tunisia. After spend the season with EC Novo Hamburgo in Brazil, he signed with the Puerto Rico Islanders of the USL First Division in 2004, the Rochester Rhinos of USL-1 in 2005 and 2006. In the summer of 2008, Junhinho signed with Guaynabo Fluminense FC of the new Puerto Rico Soccer League. Then, in 2009, he signed with Club Atletico River Plate Ponce, also from the Puerto Rico Soccer League. Juninho lives in Ottawa, Canada and is coordinator of coaches at the Barcelona Academy franchise. 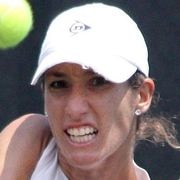