Édith Cresson (French pronunciation: ​[edit kʁɛsɔ̃]; born Édith Campion, 27 January 1934) is a French politician. She was the first and so far only woman to have held the office of Prime Minister of France. Élisabeth Schemla in the biography, Édith Cresson, la femme piégée (1993) argues her failure and low approval ratings were largely due to the misogyny of the Socialist elites, the French political class, and the French media. Her political career later ended in scandal from corruption charges when she was the European Commissioner for Research, Science and Technology.

Cresson was appointed to the prime ministerial post by President François Mitterrand on 15 May 1991. She soon became strongly unpopular among the electorate and had to leave office after less than one year, following the Socialists' poor showing in 1992's regional elections. She spent the shortest time in office of any Prime Minister of the Fifth Republic so far. Her strong criticism of Japanese trade practices, going so far as to compare the Japanese to "yellow ants trying to take over the world", led some to consider her also to be a racist. She also said, discussing the sexual activities of Anglo-Saxon males, "Homosexuality seems strange to me. It's different and marginal. It exists more in the Anglo-Saxon tradition than the Latin one."

In social policy, Cresson's government enacted the Urban Framework Act of 1991, which sought to ensure a “right to the city” for all citizens. The Act required “local bodies to provide living and dwelling conditions which will foster social cohesion and enable conditions of segregation to be avoided.” The Cresson Government also placed considerable emphasis during its time in office on facilitating the international competitiveness of firms with under 500 employees. A law was passed in July 1991 which included several measures aimed at improving access of people with disabilities to housing, work places, and public buildings. In addition an Act of July 1991 on legal aid “gave the public (above all, foreigners who are lawfully domiciled in France) wider access to the courts.” In January 1992, housing allowances were extended to all low-income households in cities with more than 100 000 inhabitants. Under a law of the 10th of July 1991, access to legal information “was also included as part of the legal aid system.” A water law was passed in January 1992 “to ensure the protection of water quality and quantity and aquatic ecosystems,” and in February 1992 a law was passed to promote citizens’ consultation.

Cresson is a member of the Council of Women World Leaders, an International network of current and former women presidents and prime ministers whose mission is to mobilize the highest-level women leaders globally for collective action on issues of critical importance to women and equitable development.

While a European Commissioner, Cresson was the main target in the fraud allegations that led to the resignation of the Santer Commission in 1999. Subsequent to a fraud inquiry the European Commission said that Cresson in her capacity as the Research Commissioner "failed to act in response to known, serious and continuing irregularities over several years". Cresson was found guilty of not reporting failures in a youth training programme from which vast sums went missing.

When Cresson took up her functions, she intended to appoint dental surgeon Philippe Berthelot, one of her close acquaintances, as a "personal advisor". Because Berthelot was 66 years old, he could not be appointed as a member of a Commissioner’s Cabinet. When Cresson took up office, her Cabinet was already fully staffed with personal advisors. Berthelot was instead engaged as a "visiting scientist" in September 1995.

Berthelot worked only as a personal advisor to Cresson. His contract expired on 1 March 1997, and he was offered another visiting scientist’s contract for a period of one year. EU rules specify a maximum duration of 24 months for visiting scientists, but Berthelot spent two and a half years in the position.

On 31 December 1997, Berthelot requested the termination of his contract on medical grounds, and his application was accepted. A complaint was made by a Member of Parliament, and a criminal investigation concerning Berthelot was opened in Belgium in 1999. In June 2004, the Chambre du conseil of the Tribunal de première instance de Bruxelles (Court of First Instance, Brussels) decided that no further action should be taken in the case.

On 11 July 2006, in a judgment by the European Court of Justice on Case C-432/04 (Commission of the European Communities versus Édith Cresson), the Court declared that Édith Cresson acted in breach of her obligations as a European Commissioner. While the breach of the obligations arising from the office of Member of the Commission calls, in principle, for the imposition of a penalty, the Court held that, having regard to the circumstances of the case, the finding of breach constituted, of itself, an appropriate penalty and, accordingly, decided not to impose on Cresson a penalty in the form of a deprivation of her right to a pension or other benefits.

Cresson claimed that where the conduct complained of in criminal and disciplinary proceedings was the same, the findings of the criminal court were binding on the disciplinary authorities. However, the Court held that it was not bound by the legal characterisation of facts made in the context of the criminal proceedings and that it was for the Court, exercising its discretion to the full, to investigate whether the conduct complained of in proceedings brought under Article 213(2) EC constituted a breach of the obligations arising from the office of Commissioner. Accordingly, the decision of the Chambre du conseil of the Tribunal de première instance de Bruxelles that there was no evidence of criminal conduct on Cresson’s part could not bind the Court.

Cresson is married and has two daughters. 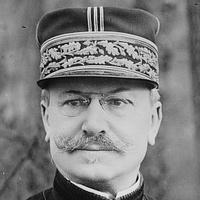