Edith Bosch (born 31 May 1980) is a Dutch judoka.
Her Olympic debut was at the 2000 Olympics in Sydney where she finished seventh. She won the silver medal at the 2004 Summer Olympics in the middleweight division. She was also European champion that year. Bosch became world champion in the same 70 kg category at the 2005 World Judo Championships in Cairo, Egypt. At the 2008 Summer Olympics, she defeated Ronda Rousey in a quarter final match and won a bronze medal. In the 2012 Summer Olympics in London, she once again won the bronze medal.
Bosch has a HEAO (Dutch: Hoger economisch en administratief onderwijs) diploma in commercial economy from Randstad Topsport Academy, and currently works as a team manager for the Nederlandse Spoorwegen.
During the 2012 Summer Olympics, Bosch was watching the final of the Men's 100 metres when a man threw a plastic bottle onto the track. Bosch punched the man, and he was detained by stewards.
Bosch retired from competitive judo in April 2013. She subsequently took up CrossFit.
In 2013 she appeared on Dutch reality TV programme Expeditie Robinson 2013, which she won. She lost 16 kilograms (35 lb) over the programme's month of production. 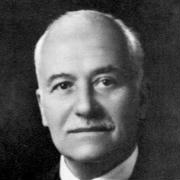