Edir Macedo Bezerra (born February 18, 1945) is a Brazilian evangelical bishop, writer, billionaire businessman, and the founder of the Universal Church of the Kingdom of God (UCKG). He is the owner and chairman of the second-largest television network in Brazil, RecordTV, since 1989 with the Grupo Record, which he founded after he bought the network.

Edir Macedo was born in Rio de Janeiro in 1945 (one of seven surviving children).

According to Macedo's website he holds a doctor's degree in Theology and in Christian Philosophy, and an honorary degree in Divinity from the Faculdade de Educação Teológica do Estado de São Paulo. He also received a masters in theological science through the Federation of Evangelical Religious Entities of Spain in Madrid, Spain.

In 1963 he began a career as a civil servant, initially working with the state-run lottery of Rio de Janeiro, Loterj, and also at the Brazilian Institute of Geography and Statistics, IBGE, as a researcher in the economic census of 1970.

Macedo was raised Catholic, but by 1965 converted to Pentecostalism, after an invitation from his sister to Igreja Cristã de Nova Vida.

In 1975, Macedo founded a Pentecostal church with Romildo Ribeiro Soares, Cruzada do Caminho Eterno. After an argument, the two separated.

In 1977, Macedo founded with others the Universal Church of the Kingdom of God in Rio de Janeiro state, Brazil.

In 1989 he bought the free-to-air commercial television network RecordTV and in the same year he founded Grupo Record. In 2007 he founded the 24-hour free-to-air news channel Record News.

His rapidly growing religious movement and his teaching of prosperity theology have been a source of controversy. His sermons partly focus on freeing his followers from unclean spirits that oppress them, which manifest in them, and are cast out in the name of Jesus, for them to overcome their problems. His views about other faiths, particularly Catholicism, are also controversial. In 1992 he spent eleven days in jail on accusations of charlatanism. There were several protests, with his religious followers camping in front of the police precinct he was held in, according to his autobiography "Nothing to Lose". His prosperity theology is used by church leaders to justify his lifestyle, "If I preach prosperity and my clothes are ragged, who will follow me?"

From March 2013 to 2015, Macedo has been on the Forbes billionaires list with a reported US$1.1 billion, and $1.24 b for Macedo and family, making him by far the richest pastor in Brazil and the world. He was not on the list for 2016.

The UCKG built a US$300 million replica of Solomon's Temple in São Paulo. Macedo and the UCKG have an $8 million contract to import stones from Israel like those used to build the temple in Israel.

Macedo is married to Ester Bezerra, and has two daughters, Cristiane and Viviane, and an adopted son, Moises.

Macedo was criticized for writing an article opposing interracial marriage. He tried to justify his views claiming that multiracial children should be avoided because they will suffer discrimination. This led to several accusations of racism and misogyny.

Macedo has been criticised, especially after the 'kicking of the saint' incident in which UCKG bishop Sérgio Von Helder, who later left the Church, kicked a Catholic icon in a TV program, for which he was later imprisoned for two years. He also authored a book called Orixás, Caboclos and Guias in which he attacks Afro-Brazilian religion, accusing it of Satanism and "the root of all of Brazil's troubles". The book was first prohibited as hate speech, but after legal efforts from Macedo's church it was allowed for the sake of free speech.

Edir Macedo was indicted by the Federal Justice for import of equipment and use of public documents and legal proceedings, but not convicted. Ten years later he was prosecuted again by the prosecutors of the State of São Paulo. On October 19, 2010 the São Paulo Justice Court (TJ-SP) annulled all accusations made by the São Paulo Public Ministry against the UCKG and its principal representatives by a majority vote. The judges deemed that the São Paulo prosecutors did not have jurisdiction to investigate the case, as the accusations were of a type that fell into the federal jurisdiction.

Ten million copies of evangelical books by Macedo have been sold, and over 34 titles published. Titles include Orixás, Caboclos and Guias and In the Footsteps of Jesus, both of which sold more than three million copies in Brazil. He has also sold his trilogy called Nada a perder (Nothing to lose), with millions of copies sold worldwide. He has written several religious books including the polemical best-seller Orixás, Caboclos e Guias, Deuses ou Demônios.

His broadcasting company Record financed the 2018 movie Nada a perder (Nothing to Lose) about Edir Macedo's life, which is based on his autobiography. Reviews were negative, called it a glorification. Tickets are given out for free at the churches to make it a box office success, a practice already known from a previous movie by Record. A second part is announced for 2019.

The contents of this page are sourced from Wikipedia article on 10 Apr 2020. The contents are available under the CC BY-SA 4.0 license.
View Edir Macedo 's image gallery
Image Gallery 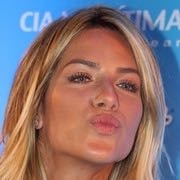