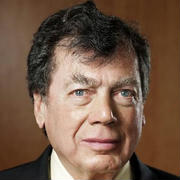 Edgar Miles Bronfman (June 20, 1929 – December 21, 2013) was a Canadian-American businessman and philanthropist. He worked for his family drinks firm, Seagrams, eventually becoming president, treasurer and chief executive. As President of the World Jewish Congress, Bronfman is especially remembered for initiating diplomacy with the Soviet Union. This resulted in the legitimising of the Hebrew language in Russia, and major steps towards allowing Soviet Jews to practice their own religion and emigrate to Israel.

Bronfman was born in Montreal into the Jewish Canadian Bronfman family, the son of Samuel Bronfman and Saidye Rosner Bronfman. Sam and Saidye were Jewish immigrants from Eastern Europe who settled and raised their four children in Montreal. Sam and his brother Allan built the family’s first liquor distillery in 1925 near Montreal. They later bought a distillery owned by the Seagram family and incorporated the name. The U.S. subsidiary of the Seagram Company Ltd. opened in 1933, where Edgar Bronfman would later take over as head.

Bronfman had two older sisters. One is Minda de Gunzburg, who married Baron Alain de Gunzburg (1925-2004), a great grandson of Joseph Günzburg. The other is architecture maven Phyllis Lambert. Bronfman also had a younger brother, Charles Bronfman. The Bronfmans "kept a kosher home, and the children received religious schooling on weekends. But during the week Edgar and his younger brother, Charles, were among a handful of Jews sent to private Anglophone schools, where they attended chapel and ate pork."

Bronfman attended Selwyn House School in Montreal and Trinity College School in Port Hope, Ontario, Canada. He later attended Williams College before transferring and graduating from McGill University with a bachelor's degree in commerce in 1951. After graduating from McGill University with a B.A. degree in 1951 he joined the family business, where he worked as an accounting clerk and apprentice taster. In 1953, he took over as head of Seagram's American subsidiary, Joseph E. Seagram & Sons. He increased the range of products sold by the company, improved distribution, and expanded the number of countries in which Seagram's products were sold. In 1966, Cemp Investments, which managed the family's investments, bought 820,000 shares of MGM and in 1969 Bronfman took over the chairmanship of MGM, albeit briefly.

Following his father's death in 1971, Bronfman took over as president, treasurer, and director of Distillers Corporation-Seagrams Ltd. His son Edgar Jr. succeeded him as chief executive officer of the company in 1994.

In 1983, Bronfman suggested that "American Jews should abandon their strongest weapon, the Jackson–Vanik amendment, as a sign of goodwill that challenges the Soviets to respond in kind."

After Mikhail Gorbachev's ascension in 1985, Bronfman's New York Times message began to resonate with the public. In early 1985, Bronfman secured an invitation to the Kremlin and on September 8–11, visited Moscow, becoming the first World Jewish Congress President to be formally received in Moscow by Soviet Officials. Carrying a note from Shimon Peres, Bronfman met with Gorbachev, and initiated talks of a Soviet Jewish airlift. It is said that Peres' note called on the Soviet Union to resume diplomatic relations with Israel.

In a Washington Post profile a few months after the September trip, Bronfman laid out what he thought had been accomplished during his September meetings. He said, "There's going to be a buildup of pressure through the business community. The Russians know the Soviet Jewry issue is tied to trade ... My guess is that over a period of time, five to ten years, some of our goals will be achieved." Author Gal Beckerman says in his When They Come For Us We'll Be Gone, "Bronfman had a business man's understanding of the Soviet Jewish issue. It was all a matter of negotiation, of calculating what the Russians really wanted and leveraging that against emigration."

On June 25, 1982, Bronfman became the first representative of a Jewish organization to speak before the United Nations. Speaking before the Special Session on Disarmament, Bronfman said, "world peace cannot tolerate the denial of the legitimacy of Israel or any other nation-state ... [and the] charge that Zionism is racism is an abomination."

Bronfman's goals for the visit were threefold. In his book, The Making of a Jew, he explained: First, he called for the release of all so-called Prisoners of Zion, the Jews imprisoned for expressing a desire to emigrate to Israel. Bronfman also wanted freedom for Jews in the Soviet Union to practice their religion. Finally, he called for the freedom for Soviet Jews to learn Hebrew, which was forbidden at the time.

A year later, in 1988, Bronfman returned to Moscow to meet with Soviet Foreign Minister Eduard Shevardnadze. This trip resulted in the Soviets promising to legalize the teaching of Hebrew in the Soviet Union and to establish a Jewish cultural center in Moscow. Bronfman said of this visit, "By their actions, they are indicating that they are eager to get the question of Jewish rights and emigration off the bargaining table. And it is actions, rather than simply words, that count." In 1986, during Bronfman's presidency, the World Jewish Congress accused Austrian President Kurt Waldheim of covering up his past connections to the Nazi party. It was when Waldheim became a candidate for president that the World Jewish Congress first published material showing Waldheim's active duty in the German army during wartime. This evidence was later used to prove that Waldheim must have known about the deportation of Jews to concentration camps, though Waldheim's service as an Austrian in the German army cannot be considered a war crime. Waldheim had served as an intelligence officer in a unit of the army that participated in the transfer of Greek Jews to death camps. The allegations against Waldheim resulted in public embarrassment for the Austrian president.

On May 5, 1987, Bronfman spoke to the World Jewish Congress saying Waldheim was "part and parcel of the Nazi killing machine". Waldheim subsequently filed a lawsuit against Bronfman, but dropped the suit shortly after due to a lack of evidence in his favor.

According to Joel Bainerman, in 1991 he was appointed to the International Jewish Committee for Inter-religious Consultations to conduct official contacts between the Vatican and the State of Israel. In the late 1990s, Bronfman championed the cause of restitution from Switzerland for Holocaust survivors. Bronfman began an initiative that led to the $1.25 billion settlement from Swiss banks. This settlement aimed to resolve claims "that they hoarded bank accounts opened by Jews who were murdered by the Nazis". The Swiss banks, the United States Government, and Jewish groups investigated unclaimed assets deposited by European Jews into Swiss banks before the Holocaust. Negotiations began in 1995 between the U.S. and Switzerland. The parties reached a settlement in August 1998, and signed the $1.25 billion settlement in January 1999. In exchange for the settlement money, both parties agreed to release the Swiss banks and government from any claims regarding the Holocaust. The settlement was officially approved on November 22, 2000, by Judge Edward R. Korman.

Bronfman was accused by another WJC official of "perfidy" when he wrote a letter to President Bush in mid-2003 urging Bush to pressure Israel to curb construction of its controversial West Bank separation barrier, co-signed by former Secretary of State Lawrence Eagleburger. Former Israeli prime minister Shimon Peres said in support of Bronfman, "Clearly, issues that are open for debate in Israel should be open for debate in the Jewish world."

Bronfman stepped down from his post as President on May 7, 2007, amid scandals and turmoil about Israel Singer. Bronfman's Presidency is known for transforming the World Jewish Congress into the powerful organization it is today. As President, Bronfman is remembered most for his diplomacy with the Soviet Union in freeing the Soviet Jews.

At his memorial held in January 2014, Former Secretary of State Hillary Clinton said of Bronfman, "Edgar was never shy of pressing an issue in the face of injustice," as she spoke about the many causes he championed in his lifetime.

Bronfman was married five times (twice to his third wife):

Bronfman died on December 21, 2013 at his home in Manhattan. He was 84. Bronfman was survived by his seven children, 24 grandchildren and 2 great-grandchildren at the time of his death. Bronfman at the founding of Hillel of Uruguay

Bronfman was a philanthropist who gave large amounts of money to Jewish causes, including Hillel: The Foundation for Jewish Campus Life, which he was credited with helping revive together with Hillel President Richard Joel in the 1990s. The Hillel at New York University is called The Edgar M. Bronfman Center for Jewish Student Life, known by students just as "Bronfman". Bronfman established the Bronfman Youth Fellowships in Israel, a leadership program for Jewish youth, and provided the funding for MyJewishLearning.com, a digital media entity that includes Kveller, a popular Jewish parenting site.

His mother has a concert hall named after her in Montreal, the Saidye Bronfman Centre, and a building at McGill University is named after his father.

Bronfman was also the Founder and President of The Samuel Bronfman Foundation, whose work is informed by these four principles: "Jewish renaissance is grounded in Jewish learning, Jewish youth shape the future of the Jewish people, vibrant Jewish communities are open and inclusive, and that all Jews are a single family."

Major points of focus for The Samuel Bronfman Foundation are pluralism, intermarriage, community engagement – especially youth – and making Jewish knowledge accessible to Jews of all backgrounds. It is known for its work with the following grantees:

In April 2012, Bronfman joined the Bill & Melinda Gates Foundation Giving Pledge, a long-term charitable initiative that aims to inspire conversations about philanthropy and increase charitable giving in the United States. Bronfman and 12 others joined the 68 billionaires who had already signed the giving pledge.

Following his death in 2013, Jewish news outlets called Bronfman a “prince of his people,” for his unique combination of lineage, intrigue, and devotion to the Jewish people through learning and philanthropy. Through his Jewish philanthropy, Bronfman became known for his unique approach to Jewish life. A proud Jew who publicly stated his disbelief in God, Bronfman developed his own understand of Judaism, as he learned Jewish texts and traditions both in his personal life and in his work at The Samuel Bronfman Foundation. In an article, journalist Ami Eden writes about Bronfman, who chose to incorporate meaningful Jewish traditions into his life, all the while continuing to educate himself about the religion until his final days.

Bronfman also promoted the idea that Jewish organizations needed to stop using fear as a selling point, but rather encourage ordinary Jews to take a deeper interest in the substantive heritage they have been born to. Specifically, while much of the American Jewish community saw intermarriage as an epidemic to be curbed, Bronfman considered the trend an opportunity for Jews to learn further with their non-Jewish partners. In 1986 Bronfman was honored with the Chevalier de la Légion d'honneur (Legion of Honour), from the Government of France.

Bronfman was awarded the Presidential Medal of Freedom by U.S. President Bill Clinton in August 1999 and the Star of People's Friendship by East German leader Erich Honecker in October 1988.

In 2000, he received the Leo Baeck Medal for his humanitarian work promoting tolerance and social justice, and in 2005 received the Hillel Renaissance Award.

Bronfman also made many appearances on the Charlie Rose Show.

The following are video and press interviews of Edgar M. Bronfman:

The following is a video of the memorial service held for Edgar M. Bronfman on January 28, 2014 at Lincoln Center. 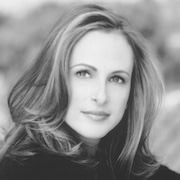