Edward John David Redmayne, OBE (/ˈrɛdˌmeɪn/; born 6 January 1982) is an English actor of stage and screen. Born and raised in Westminster, he studied history of art at Trinity College, Cambridge, after which he briefly dabbled with a modelling career. Redmayne began his professional acting career as a youth in West End theatre before making his screen debut in 1998 with guest appearances on television. His first film roles came in 2006 with Like Minds and The Good Shepherd, and he went on to play supporting roles in several films, including Savage Grace (2007), Elizabeth: The Golden Age (2007), and The Other Boleyn Girl (2008).

Redmayne also starred in the stage productions of Red (2009–10) and Richard II (2011–12). The former won him the Tony Award for Best Featured Actor in a Play. His film breakthrough came with the roles of Colin Clark in the biographical drama My Week with Marilyn (2011) and Marius Pontmercy in Tom Hooper's musical Les Misérables (2012). In 2014, Redmayne portrayed English physicist Stephen Hawking in The Theory of Everything, winning an Academy Award, a Golden Globe Award and a BAFTA Award for Best Actor. The following year, he played Lili Elbe, one of the first known recipients of sex reassignment surgery, in Hooper's The Danish Girl, which saw him nominated for Best Actor in the three aforementioned awards. In 2016, he starred as Newt Scamander in the fantasy film Fantastic Beasts and Where to Find Them.

Redmayne was born on 6 January 1982 in Westminster, London. His mother, Patricia (née Burke), runs a relocation business, and his father, Richard Redmayne, is a businessman in corporate finance. His paternal great-grandfather was Sir Richard Redmayne, a civil and mining engineer. He has an older brother, a younger brother and an older half-brother and half-sister.

He attended Eaton House,Colet Court and then Eton College, where he was in the same year as Prince William. He went on to read History of Art at Trinity College, Cambridge, from where he graduated with 2:1 Honours in 2003. Despite being colourblind, Redmayne wrote his dissertation on Yves Klein's signature colour, International Klein Blue.

Prior to becoming a full-time actor, Redmayne modelled for Burberry in 2008 with Alex Pettyfer, and in 2012 with Cara Delevingne. In the September 2012 issue of Vanity Fair, he was featured on its annual International Best Dressed List. In 2015, he was named number one in GQ's 50 best dressed British men.

Redmayne made his professional stage debut as Viola in Twelfth Night, for Shakespeare's Globe at the Middle Temple Hall in 2002. He won the award for Outstanding Newcomer at the 50th Evening Standard Theatre Awards in 2004, for his performance in Edward Albee's The Goat, or Who Is Sylvia?, and the award for Best Newcomer at the Critics' Circle Theatre Awards in 2005. Later stage credits include Now or Later by Christopher Shinn at the Royal Court Theatre. The show ran from 3 September to 1 November 2008.

In 2009, Redmayne appeared in John Logan's new play Red at the Donmar Warehouse in London, for which he won the 2010 Olivier Award for Best Actor in a Supporting Role. He reprised his role in Red at the John Golden Theatre on Broadway, in a 15-week run from 11 March to 27 June 2010, and won the 2010 Tony Award for Best Performance by a Featured Actor in a Play. He portrayed King Richard II in Richard II directed by Michael Grandage, at the Donmar Warehouse from 6 December 2011 to 4 February 2012.

Redmayne was cast in his first feature film Like Minds (2006) after being spotted by casting director Lucy Bevan performing in a play called Goats. Redmayne has appeared in films such as The Good Shepherd (2006), Savage Grace (2007), Powder Blue (2008), The Other Boleyn Girl (2008), Glorious 39 (2009), and Hick (2011). He starred as Osmund in Christopher Smith's supernatural gothic chiller film Black Death (2010). His 2008 Sundance drama film The Yellow Handkerchief was released on 26 February 2010 by Samuel Goldwyn Films.

He starred as filmmaker Colin Clark in the drama film My Week with Marilyn (2011). He took on the role of Marius Pontmercy for the 2012 musical film Les Misérables.

In 2014, he starred as Stephen Hawking in The Theory of Everything, a role for which he won the Academy Award, BAFTA, Golden Globe and Screen Actors Guild Award for Best Actor, depicting the debilitating challenges of ALS.

In early 2015, Redmayne appeared in the Wachowski siblings' film, Jupiter Ascending as Balem Abrasax. The film was widely panned, including his performance, for which he won the Golden Raspberry Award for Worst Supporting Actor in the same year that he was nominated for the Academy Award for Best Actor for The Danish Girl.

Redmayne made his screen debut in 1998 in an episode of Animal Ark. His television credits include the BBC miniseries Tess of the d'Urbervilles, the miniseries The Pillars of the Earth, and the two-part miniseries Birdsong.

In June 2015, it was announced that Redmayne would star as Newt Scamander in the film adaptation of Fantastic Beasts and Where to Find Them, a spin-off from the Harry Potter film series, with a screenplay by J. K. Rowling.

Redmayne starred in the biographical drama The Danish Girl, directed by Academy Award-winning director Tom Hooper. In the film, released in the United Kingdom on 1 January 2016, Redmayne portrayed transgender pioneer Lili Elbe, a casting that was the subject of some controversy from the transgender community. However, Redmayne's performance was met with critical acclaim, and in January 2016 he earned his second nomination for the Academy Award for Best Actor in consecutive years.

Redmayne married Hannah Bagshawe, a public relations executive, on 15 December 2014. Their daughter was born in June 2016.

Redmayne was appointed Officer of the Order of the British Empire (OBE) in the 2015 Birthday Honours for services to drama. In August 2014 he was appointed ambassador of film education charity Into Film.

In February 2016, Redmayne spoke out for homeless LGBT youth in Los Angeles. 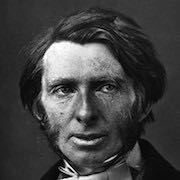