Edward Nathan George Jr. (born September 24, 1973) is a former professional American football running back in the National Football League (NFL) for nine seasons. He played college football for Ohio State University and won the Heisman Trophy in 1995. He was drafted in the first round of the 1996 NFL Draft, and played professionally for the Tennessee Titans (both in Tennessee and in Houston when the franchise was known as the Houston Oilers). George was inducted into the College Football Hall of Fame in 2011. Post-football, George earned an MBA from Northwestern University's Kellogg School of Management. In 2016, he appeared on Broadway in the musical Chicago as the hustling lawyer Billy Flynn.

George was born in Philadelphia. He played Pop Warner football for the Abington Raiders. He attended Abington Senior High School until the tenth grade, and then transferred to Fork Union Military Academy. George made the decision to stay at Fork Union Military Academy for a fifth prep school year or postgraduate year. Such choices are commonly made by high school football players hoping to improve their recruitment status with colleges, but for George it meant another year of the rigorous military lifestyle. George rushed for 1,372 yards in his postgraduate season at FUMA, attracting the attention of several major colleges.

George attended Ohio State University, where he majored in landscape architecture and played for the Ohio State Buckeyes football team. As a freshman running back, George scored three rushing touchdowns in a win over Syracuse University. However, he suffered a major setback in a game against the University of Illinois. In that game, George lost a fumble at the Illinois' 4-yard line that was returned 96 yards for a touchdown. Later in the game, with Ohio State leading by 2 points in the final quarter, George fumbled again, this time on Illinois' 1-yard line. Illinois recovered the fumble and drove for the game-winning touchdown.

Before the Illinois game, George had carried the ball 25 times and scored 5 touchdowns, but he had only 12 more rushing attempts and no more touchdowns for the rest of the year. In the following season, George was listed in the depth chart as the team's third string running back, behind Raymont Harris. He carried the ball 42 times, mostly when Ohio State had a large lead late in games. As a junior, George became the team's starting running back and went on to rush for 1,442 yards and 12 touchdowns.

As a senior in the 1995 season, George rushed for a school record 1,927 yards and 24 touchdowns, an average of 148.23 yards per game, while also catching 47 passes for 417 yards and another score (George only caught 16 passes in his first three seasons). One of his best performances of the year was in a 45-26 win over the University of Notre Dame, where he rushed for 207 yards, his third 200-yard game of the season. He also rushed for a school-record 314 yards and scored 3 touchdowns in OSU's victory over Illinois.

In the 3 years after his 2 fumbles as a freshman, George had over 600 rushing attempts and fumbled only 6 times. Ohio State finished the season with a 11-2 record. George was recognized as a consensus first-team All-American. He won the Heisman Trophy in the closest vote in the history of the award at the time, beating the University of Nebraska's Tommie Frazier by 264 votes. George left Ohio State second in school history in career rushing yards (3,768) and third in rushing touchdowns (44). Overall, he finished with 4,284 all-purpose yards, 45 touchdowns, and a 5.5 yards per carry average.

George was the first-round draft selection (14th overall pick) of the Houston Oilers (now the Tennessee Titans) in 1996 NFL Draft, being selected after Jerome Bettis elected to be traded to the rival Pittsburgh Steelers over the Oilers when the St. Louis Rams replaced Bettis with Lawrence Phillips. George won the NFL Rookie of the Year award in 1996, and was the Oilers/Titans' starting tailback through 2003, never missing a start. He made the Pro Bowl four consecutive years (1997–2000), and assisted the Titans to a championship appearance in Super Bowl XXXIV, where they lost to the St. Louis Rams 23-16. George gained 391 combined rushing and receiving yards in the Titans' three playoff games that year and went on to rush for 95 yards, catch two passes for 35 yards, and score two touchdowns in the Super Bowl.

George is only the second NFL running back to rush for 10,000 yards while never missing a start, joining Jim Brown. Only Walter Payton (170) started more consecutive regular-season games than George's 130.

Though George rushed for 1,000 yards in all but one season, numerous sports writers suggested that a heavy workload caused a decline in George's productivity. In five of his eight seasons with the Titans, George carried the ball over 330 times. In 2001, George averaged just 2.98 per carry, the fourth lowest number in league history among running backs with more than 200 rushing attempts in a season. George's decline in production along with several toe and ankle injuries were contributing factors in Titans owner Bud Adams' decision to release him on July 21, 2004 in part due to salary cap considerations, after George would not agree to a pay cut.

On July 23, 2004, George signed a one-year contract with the Dallas Cowboys for $1.5 million plus incentives that could have earned him more than the $4.25 million he would have made under his previous contract with the Titans. George only started 8 games for Dallas while rookie Julius Jones was out for two months with a fractured scapula. He became the backup running back when Jones returned midway through the season, finishing with 432 yards on 132 carries and 4 touchdowns. He officially retired in 2006.

On October 1, 2006, George was appointed spokesperson for Tennessee's GetFitTN program by Governor Phil Bredesen. The initiative is aimed at preventing Type 2 diabetes and the promotion of healthier, more active lifestyles. On Saturday, April 28, 2007, George ran the Country Music Half Marathon (ending just outside then LP Field, now Nissan Stadium) in an unofficial time of 2:04:08. He wore race number 27 during the race, just as he wore number 27 during his college and NFL careers. George later stated that completing the race was tougher than playing in the NFL. In 2008, George campaigned for Senator Barack Obama's presidential bid.

George graduated from the Kellogg School of Management at Northwestern University, earning an MBA in the Executive MBA program.

In 2004 Eddie George married American singer, rapper, actress, and author Tamara Johnson George. She was best known for being a part of the group Sisters with Voices and being a contestant on the eighteenth season of the CBS reality show Survivor.

George's jersey was retired by the Titans during a halftime ceremony on September 15, 2019, along with former teammate Steve McNair who was killed in 2009.

The contents of this page are sourced from Wikipedia article on 09 Mar 2020. The contents are available under the CC BY-SA 4.0 license.
View Eddie George 's image gallery
Image Gallery 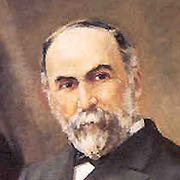