After the election of 1981 Van Thijn was appointed as Minister of the Interior in the Cabinet Van Agt II, taking office on 11 September 1981. The Cabinet Van Agt II fell just seven months into its term on 12 May 1982 and continued to serve in a demissionary capacity until it was replaced by the caretaker Cabinet Van Agt III on 29 May 1982. After the election of 1982 Van Thijn returned as a Member of the House of Representatives, taking office on 16 September 1982. In May 1983 Van Thijn was nominated as the next Mayor of Amsterdam, he resigned as a Member of the House of Representatives the same day he was installed as Mayor, taking office on 16 June 1983. Van Thijn was appointed again as Minister of the Interior in the Cabinet Lubbers III following the death of Ien Dales, taking office on 18 January 1994. On 27 May 1994 Van Thijn and Minister of Justice Ernst Hirsch Ballin resigned following the conclusions of a parliamentary inquiry report into illegal interrogation techniques used by the police. Van Thijn semi-retired from active politics and became active in the private sector and public sector and occupied numerous seats as a corporate director and nonprofit director on several boards of directors and supervisory boards (Anne Frank Foundation, T.M.C. Asser Instituut, Institute for Multiparty Democracy, Wiardi Beckman Foundation and the Royal Academy of Arts and Sciences) and served as a distinguished professor of Sociology, Governmental Studies and the History of socialism at the University of Amsterdam from 1 December 1995 until 1 December 2003. Van Thijn was elected as a Member of the Senate after the Senate election of 1999, taking office on 8 June 1999 serving as a frontbencher chairing several parliamentary committees. In February 2007 Van Thijn announced his retirement from national politics and that he wouldn't stand for the Senate election of 2007 and continued to serve until the end of the parliamentary term on 12 June 2007.

Van Thijn retired after spending 40 years in national politics but remained active in the public sector and continued to occupied numerous seats as a nonprofit director on several boards of directors and supervisory boards. Van Thijn is also a prolific author, having written more than a dozen books since 1977 about Politics, the History of the Jews during World War II, the History of socialism and several Autobiographies.

Van Thijn is known for his abilities as a manager and policy wonk. Van Thijn continued to comment on political affairs until his retirement in 2017 and holds the distinction as the longest-serving Mayor of Amsterdam after World War II with 10 years.

Eduard van Thijn was born on 16 August 1934 in Amsterdam to Jewish parents who in 1943 where held in the Westerbork transit camp. He later studied at the University of Amsterdam.

Minister of the Interior

Van Thijn became Minister of the Interior serving from 11 September 1981 until 29 May 1982 in the Second Van Agt cabinet and again a member of the House of Representatives from 16 September 1982 until 16 June 1983.

On 4 October 1992, while Van Thijn was Amsterdam Mayor, El Al Flight 1862 crashed into the Groeneveen and Klein-Kruitberg flats in the Bijlmermeer (colloquially "Bijlmer") neighbourhood (part of the Amsterdam-Zuidoost district)]. Hundreds of people were left homeless by the crash; the city's municipal buses were used to transport survivors to emergency shelters. Firefighters and police also were forced to deal with reports of looting in the area. 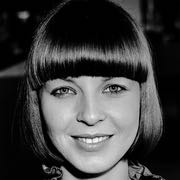