Ed McBain (October 15, 1926 – July 6, 2005) is one of the pen names of an American author and screenwriter. Born Salvatore Albert Lombino, he legally adopted the name Evan Hunter in 1952. While successful and well known as Evan Hunter, he was even better known as Ed McBain, a name he used for most of his crime fiction, beginning in 1956. He also used the pen names John Abbott, Curt Cannon, Hunt Collins, Ezra Hannon, and Richard Marsten, amongst others. His 87th Precinct novels have become staples of the police procedural genre.

Salvatore Lombino was born and raised in New York City. He lived in East Harlem until age 12, when his family moved to the Bronx. He attended Olinville Junior High School, then Evander Childs High School, before winning an Art Students League scholarship. Later, he was admitted as an art student at Cooper Union. Lombino served in the Navy in World War II and wrote several short stories while serving aboard a destroyer in the Pacific. However, none of these stories was published until after he had established himself as an author in the 1950s.

After the war, Lombino returned to New York and attended Hunter College, where he majored in English and psychology, with minors in dramatics and education, and graduated Phi Beta Kappa. He published a weekly column in the Hunter College newspaper as "S.A. Lombino". In 1981, Lombino was inducted into the Hunter College Hall of Fame, where he was honored for outstanding professional achievement.

While looking to start a career as a writer, Lombino took a variety of jobs, including 17 days as a teacher at Bronx Vocational High School in September 1950. This experience would later form the basis for his novel Blackboard Jungle (1954), written under the pen name Evan Hunter.

Soon after his initial sale, Lombino sold stories under the pen names Evan Hunter and Hunt Collins. The name Evan Hunter is generally believed to have been derived from two schools he attended, Evander Childs High School and Hunter College, although the author himself would never confirm that. (He did confirm that Hunt Collins was derived from Hunter College.) Lombino legally changed his name to Evan Hunter in May 1952, after an editor told him that a novel he wrote would sell more copies if credited to Evan Hunter than to S.A. Lombino. Thereafter, he used the name Evan Hunter both personally and professionally.

As Evan Hunter, he gained notice with his novel Blackboard Jungle (1954) dealing with juvenile crime and the New York City public school system. The film adaptation followed in 1955.

During this era, Hunter also wrote a great deal of genre fiction. He was advised by his agents that publishing too much fiction under the Hunter byline, or publishing any crime fiction as Evan Hunter, might weaken his literary reputation. Consequently, during the 1950s Hunter used the pseudonyms Curt Cannon, Hunt Collins, and Richard Marsten for much of his crime fiction. A prolific author in several genres, Hunter also published approximately two dozen science fiction stories and four science-fiction novels between 1951 and 1956 under the names S.A. Lombino, Evan Hunter, Richard Marsten, D.A. Addams, and Ted Taine.

Ed McBain, his best known pseudonym, was first used with Cop Hater (1956), the first novel in the 87th Precinct crime series. Hunter revealed that he was McBain in 1958 but continued to use the pseudonym for decades, notably for the 87th Precinct series, and the Matthew Hope detective series. He retired the pen names Addams, Cannon, Collins, Marsten, and Taine around 1960. From then on crime novels were generally attributed to McBain and other sorts of fiction to Hunter. Reprints of crime-oriented stories and novels written in the 1950s previously attributed to other pseudonyms were re-issued under the McBain byline. Hunter stated that the division of names allowed readers to know what to expect: McBain novels had a consistent writing style, while Hunter novels were more varied.

Under the Hunter name, novels steadily appeared throughout the 1960s, 1970s, and early 1980s, including Come Winter (1973) and Lizzie (1984). Hunter was also successful as screenwriter for film and television. He wrote the screenplay for the Hitchcock film The Birds (1963), loosely adapted from Daphne du Maurier's eponymous 1952 novelette. In the process of adapting Winston Graham's novel Marnie (1961) for Hitchcock, Hunter and the director disagreed on the rape scene, and the writer was sacked. Hunter's other screenplays included Strangers When We Meet (1960), based on his own 1958 novel; and Fuzz (1972), based on his eponymous 1968 87th Precinct novel, which he had written as Ed McBain.

From 1958 until his death, McBain's 87th Precinct novels appeared at a rate of approximately one or two novels a year. Additionally, NBC ran a police drama called 87th Precinct during the 1961–62 season, based on McBain's work.

From 1978 to 1998, McBain published a series about lawyer Matthew Hope; books in this series appeared every year or two, and usually had titles derived from well-known children's stories. For about a decade, from 1984 to 1994, Hunter published no fiction under his own name. In 2000, a novel called Candyland appeared that was credited to both Hunter and McBain. The two-part novel opened in Hunter's psychologically-based narrative voice before switching to McBain's customary police procedural style.

Aside from McBain, Hunter used at least two other pseudonyms for his fiction after 1960: Doors (1975), which was originally attributed to Ezra Hannon, before being reissued as a work by McBain, and Scimitar (1992), which was credited to John Abbott.

Hunter gave advice to other authors in his article, "Dig in and get it done: no-nonsense advice from a prolific author (aka Ed McBain) on starting and finishing your novel". In it, he advised authors to "find their voice for it is the most important thing in any novel".

Hunter has long been rumoured to have written an unknown number of pornographic novels, as Dean Hudson, for William Hamling's publishing houses. Hunter himself adamantly and consistently denied writing any books as Hudson right up to his death. However, apparently his agent Scott Meredith sold books to Hamling's company as Hunter's work, and received payments for these books in cash. While notable, this in and of itself is not definitive proof: Meredith almost certainly forwarded novels to Hamling by any number of authors, claiming these novels were by Hunter simply to make a sale. Ninety-three novels were published under the Hudson name between 1961 and 1969, and even the most avid proponents of the Hunter-as-Hudson theory do not believe Hunter is responsible for all 93.

He had three sons: Richard Hunter, an author, speaker, advisor to CIOs on business value and risk issues, and harmonica player; Mark Hunter, an academic, educator, investigative reporter, and author; and Ted Hunter, a painter, who died in 2006.

A heavy smoker for many decades, Hunter had 3 heart attacks and needed a heart operation. Over a number of years (his first in 1989) and was found to have a precancerous lesion on his larynx in 1992. This was removed, but the problem later returned, and Hunter died from laryngeal cancer in 2005, aged 78, in Weston, Connecticut. Hunter's "Silent Partner" was the cover story on the August 1952 issue of Science Fiction Quarterly, credited to S. A. Lombino 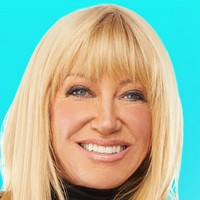 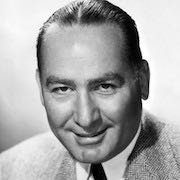 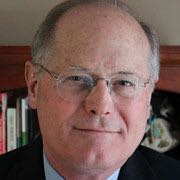 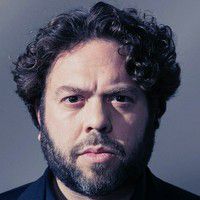 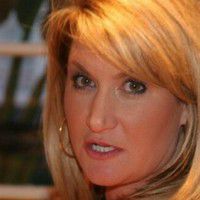 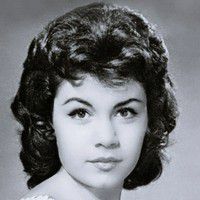 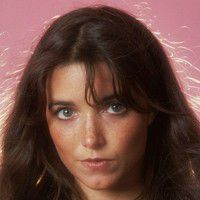