Edward John "Ed" Markey (born July 11, 1946) is an American politician and member of the Democratic Party who is the junior United States Senator from Massachusetts, in office since 2013. From 1976 to 2013 he served as the U.S. Representative for Massachusetts's 5th congressional district. He previously served in the Massachusetts House of Representatives from 1973 to 1976.
Markey is a liberal who has focused on energy policy and was Chairman of the House Select Committee on Energy Independence and Global Warming from 2007 to 2011. In 2013, after John Kerry was appointed United States Secretary of State, he was elected to serve out the balance of Kerry's sixth Senate term in a 2013 special election. Markey defeated socially conservative Stephen Lynch in the Democratic primary and Republican Gabriel E. Gomez in the general election. When he left the House, he was its eighth most senior member. In 2014 Markey was elected to a full six-year Senate term. He is the dean of the Massachusetts congressional delegation and the second longest-serving current member of Congress from New England, behind Senator Patrick Leahy of Vermont.

Markey was born on July 11, 1946, in Malden, Massachusetts, the son of Christina M. (née Courtney) and John E. Markey, a milkman. The family was Irish Catholic, and Markey was educated at Immaculate Conception School and Malden Catholic High School. He graduated from Boston College in 1968 with a Bachelor of Arts, and from Boston College Law School in 1972 with a Juris Doctor. After graduating, Markey worked as a lawyer in private practice.

Markey served in the United States Army Reserve from 1968 to 1973, attaining the rank of Specialist Fourth Class. He joined while a junior in college, and has stated that he enlisted before receiving a Vietnam War draft notice. He further stated that even though he opposed the war, if he had been drafted without having secured a position in the Reserve, he would have answered the induction notice and gone to Vietnam. Ed Markey's South Boston unit included Thomas P. O'Neill III, Steve Grossman, and Markey's brothers Richard and John. Markey was discharged in 1973, a year before his enlistment agreement was due to expire, which was not unusual as the military discharged many members early during post-Vietnam force drawdowns.

Markey was elected to the Massachusetts House of Representatives, where he represented the 16th Middlesex district (Malden and Melrose) from 1973 to 1976.

On May 21, 1976, incumbent Congressman Torbert Macdonald died in office. Markey, who had just been elected to a third term in the state house, entered a seven-candidate Democratic primary for what was then the 7th District In the primary—the real contest in this heavily Markey won the nomination with a plurality of 22% of the vote. In the November 1976 election, he defeated Republican Richard Daly 77-18%. That election also doubled as a special election for the balance of Macdonald's term, and so Markey took office later that night. This gave him greater seniority than other Representatives elected in 1976. Markey as ranking member of the House Natural Resources Committee

Markey was a member of the Congressional Progressive Caucus, and the National Journal gave him a "Composite Liberal" score of 89.2.

In December 2007, Markey became the first US politician to use Second Life, through which he addressed the delegates of the UNFCCC in Bali as part of OneClimate's Virtual Bali event. It was estimated that the carbon dioxide he saved by not flying to Bali was around 5.5 tons. Pressure from Markey prompted BP to provide a live underwater video feed showing oil leaking out of a pipe in the Deepwater Horizon oil spill in 2010. Markey has been a longtime critic of the Nuclear Regulatory Commission (NRC) and has been critical of the NRC's decision-making on the proposed Westinghouse AP1000 reactor design and the NRC response to the Fukushima Daiichi nuclear disaster.

In 2011, Markey criticized Republicans and the Tea Party movement, saying "Rick Perry and these other guys are allergic to science...too many of the tea party people, who basically don’t believe in science, are now controlling the Republican Party." In reply to Alaska's Governor Sarah Palin's position on how the American Clean Energy and Security Act (also known as Waxman-Markey, named after Markey and Henry Waxman) could have a negative impact for Alaskans, Markey wrote an article criticizing Palin's inaction on global warming and her environmental positions.

Markey sarcastically suggested in August 2010 that global warming deniers form their own country on an iceberg: “An iceberg four times the size of Manhattan has broken off Greenland, creating plenty of room for global warming deniers to start their own country.” Markey also said that, at the time, 2010 was the hottest recorded year, and "scientists agree arctic ice is a canary in a coal mine that provides clear warnings on climate”. Markey has derided Republicans' stance on global warming, stating during a hearing: "I won’t physically rise, because I’m worried that Republicans will overturn the law of gravity, sending us floating about the room.”

In January 2011, House Republicans eliminated the Select Committee for Energy Independence and Global Warming, which Nancy Pelosi created in 2006 and Markey chaired.

Markey was one of the 31 members of the House who voted not to count the electoral votes from Ohio in the 2004 Presidential election; without Ohio's votes John Kerry would have been elected President.

Markey introduced legislation to change the duration of Daylight Saving Time and to increasing privacy controls over children online.

Markey drew some controversy through his proposal to introduce legislation that deals with amusement parks' roller coasters, believing that newer, faster rides that exert greater G-pressures on the human body are dangerous mentally and physically, despite a lack of concrete evidence to support these claims, and contrary to studies that affirmed the safety of roller coasters in general.

As a Representative in 2009, Markey sponsored the Internet Freedom Preservation Act to enact principles of net neutrality. The proposed legislation received support from a few dozen co-sponsors and public interest organizations but ultimately died in committee before enactment.

In 2003, Markey called attention to the lack of security surrounding air cargo placed on commercial passenger planes, arguing that if passenger baggage is screened for explosive devices, cargo on the plane should be as well. In 2007, he succeeded in getting a 100 percent air cargo screening requirement signed into law. In the law codifying the recommendations of the 9/11 Commission, Markey wrote the mandate requiring all cargo on passenger planes to be screened.

In 2004, Markey was considered a contender for John Kerry's seat in the United States Senate if Kerry were to be elected President of the United States. Markey was considered a leading contender in the 2010 special election to replace the late Ted Kennedy, but on September 12, 2009, he announced his decision not to run and endorsed fellow Congressman Michael Capuano, who went on to lose the Democratic primary to Martha Coakley.

On December 27, 2012, Markey was the first to announce his candidacy to run in a special election to fill Kerry's seat after Barack Obama nominated him for United States Secretary of State. Several politicians, including Kerry, endorsed Markey even before the Senate confirmed Kerry. On April 30, 2013, Markey won the Democratic nomination by defeating fellow Congressman Stephen Lynch in the primary election. He defeated Republican challenger Gabriel E. Gomez in the general special election on June 25 and completed the remaining 17 months of Kerry's term.

Markey is the longest tenured House member ever elected to the Senate, with his 36-plus years of service exceeding that of Frederick H. Gillett, who served in the House for 32 years before moving to the upper chamber in 1925. Markey is the 11th oldest candidate to win a U.S. Senate special election out of more than 170 men and women since the passage of the 17th Amendment. Markey resigned his House seat on July 15, 2013 and was sworn into the Senate on July 16. Although he is the dean of the Massachusetts delegation, he is the state's junior Senator, alongside Elizabeth Warren.

Markey is known for the "blizzard" of public letters he posts on his website and sends to the press to draw attention to his favored issues.

Since 1988, Markey has been married to Dr. Susan J. Blumenthal, who served as Deputy Assistant Secretary of Health and Human Services for Women's Health and held the rank of rear admiral as Assistant U.S. Surgeon General. Since 2005, he has been a contributing writer for The Huffington Post. He was one of several politicians who had a cameo role in the 2003 film Gods and Generals, in which he played an Irish Brigade officer. 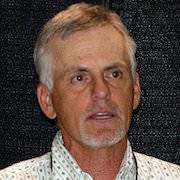