Kahovec attended Victor Senior High School in Victor, New York. Kahovec then attended University of Rochester where he would continue his baseball career. After playing as a backup as a freshman, Kahovec took over the starting shortstop role as a sophomore. He made the All-University Athletic Association First Team twice, and the All-Liberty League First Team once. He batted .372 in his senior year, leading the Yellowjackets to the regular season Liberty League title.

On May 20, 2008, Kahovec signed with the Erbach Grasshoppers of the German Baseball League.

Kahovec returned to Rochester in 2009 as an assistant for the Yellowjackets. On August 2, 2012, Kahovec was named the head baseball coach at Bard College.

In January, 2020, Kahovec was named the interim head baseball coach at Holy Cross. 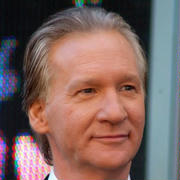