Doherty played quarterback at Boston College from 1941 to 1943. He was nicknamed "The Brain" for his innovative style. When most of the Boston College coaching staff left for military duty in 1943, Doherty, then a senior, was a finalist for the job of head coach. The job would eventually go to line coach Moody Sarno. Doherty was drafted by the Washington Redskins in the fifth round (39th overall) of the 1944 NFL Draft, but instead joined the United States Navy.

After one season as an assistant at Notre Dame in 1946, Doherty became head coach at Arizona State, where he compiled a 25–17 record from 1947 to 1950. He left after ASU five days after defeating rival Arizona, 47–13, because he felt that he didn't have enough job security.

In 1951, he coached at Rhode Island, where he compiled a 3–5 record. From 1952 to 1954, Doherty coached high school football at Punchard High School (1952) and Lawrence High School in Massachusetts (1953–1954). He returned to college football in 1957 after one season as an assistant with the Philadelphia Eagles. From 1957 to 1958, Doherty coached at Arizona, where he compiled a 4–15–1 record. Unlikely to be brought back for a third season, Doherty resigned and became head coach of Xavier University.

After two years out of the game, Doherty returned to coaching in 1964 as the head coach of St. Augustine High School in San Diego, California. From 1965-1970 he was head coach at St. Mary's High School in Phoenix, Arizona. From 1967 to 1969, Doherty coached St. Mary's to three straight state championship games, winning in 1967 and 1968. From 1971 to 1975, he coached at Holy Cross, where he compiled a 20–31–2 record. After leaving Holy Cross, Doherty returned to Arizona, where he coached Salpointe Catholic High School from 1978 to 1982 and was the school's athletic director until 1990. He coached the Lancers to the 1981 state championship game.

In 1991, Salpointe Catholic named their new stadium in honor of Doherty. The Active 20-30 Clubs of Arizona also honored Doherty by naming their high school football player of the year trophy the Ed Doherty Award. 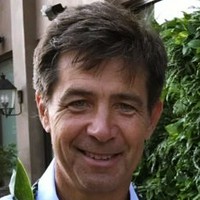