Edward Adam Davis (born June 5, 1989) is an American professional basketball player for the Portland Trail Blazers of the National Basketball Association (NBA). He played high school basketball at Benedictine High School in Richmond, Virginia. He is the son of former NBA player Terry Davis, who played 10 seasons (1989–2001) with the Miami Heat, Dallas Mavericks, Denver Nuggets and Washington Wizards. He was selected with the 13th overall pick in the 2010 NBA draft by the Toronto Raptors.

Davis spent his first two years of high school playing basketball at Hanover High School in Mechanicsville, Virginia before transferring to Benedictine High School in Richmond, Virginia. There, he led Benedectine to two state championships while averaging 22 points, 14 rebounds and 7 blocks as a senior. He accompanied future Tar Heel teammates Tyler Zeller and Larry Drew II in the McDonald's All-American Game and was selected to the Jordan Brand All-American Team. He was named Mr. Basketball of Virginia in 2008, which is given to Virginia's best high school basketball player. He also received recognition as co-player of the year in 2007.

Considered a five-star recruit by Rivals.com, Davis was listed as the No. 4 power forward and the No. 15 player in the nation in 2008.

Davis played in every game during the 2008–09 season, while starting in two of them. He averaged 6.7 points, 7.0 rebounds, and 18.8 minutes per game in his first season with the Tar Heels. Davis also led the team with 65 blocks with an average of 1.7 per game. In North Carolina's six wins during the 2009 NCAA Basketball Tournament, Davis averaged 8.2 points and 5.5 rebounds. In the 2009 NCAA championship game, Davis came off the bench to score 11 points and grab a team-high 8 rebounds, helping the Tar Heels to an 89–72 win over Michigan State. Davis was also named to the 2009 All-Freshman Team and was co-recipient of the team's Most Improved Player award.

In April 2009, Davis announced he would return to North Carolina after his freshman year instead of declaring for the NBA draft. In February 2010, he suffered a broken wrist in a loss to Duke, which effectively ended his season. In 2009–10, he played 23 games, averaging 13.4 points, 9.6 rebounds, 1.0 assists and 2.8 blocks per game.

In April 2010, Davis declared for the NBA draft, foregoing his final two years of college eligibility. He signed with sports agent, Rob Pelinka.

On January 30, 2013, Davis was traded to the Memphis Grizzlies, along with Tayshaun Prince and Austin Daye of the Detroit Pistons, in a three team deal that also sent teammate José Calderón to the Pistons, and Rudy Gay and Hamed Haddadi of the Grizzlies to the Raptors.

On June 30, 2014, the Grizzlies declined the opportunity to tender a qualifying offer to Davis, making him an unrestricted free agent.

On July 9, 2015, Davis signed a three-year, $20 million contract with the Portland Trail Blazers. On November 20, 2015, he recorded 17 points and 15 rebounds in a 102–91 win over the Los Angeles Clippers. His 15 rebounds included a career-high 10 offensive rebounds, the most for a Blazer since Greg Oden had 10 in December 2009. He also became the first Blazers player to have at least 15 points and 15 rebounds off the bench since Travis Outlaw in 2006.

Davis is the son of Angela Jones and Terry Davis. 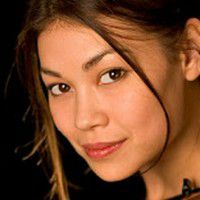 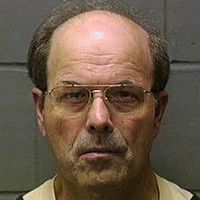