Throughout his active career in international powerlifting competition Ed Coan has set over 71 world records in powerlifting. He became the lightest person to cross the 2,400 lb. barrier in the powerlifting total (a sum of three lifts: the deadlift, bench, and squat). He set an all-time powerlifting record total at 2,463 pounds, even though at the time he was not in the heaviest weight class.

Coan's best result in a drug tested international competition is 1,035 kg (2,282 lbs) in the 100 kg weight class at the 1994 IPF Senior World Championships. establishing a new world record at the time. Even though serving a lifetime ban for doping, Today Coan is among some people still acknowledged and regarded a legend in the world of powerlifting and spends much of his time mentoring young lifters coming into the sport.

His best competition lifts as a 220 lb lifter:

Coan has failed drug testing through the IPF three times. He was temporarily suspended in 1985 for the use of Deca-Durabolin, an anabolic steroid.

In 1989, he was suspended due to a positive drug test.

In 1996, at the IPF Men's Open World Championships in Salzburg, Austria, he tested positive again and was issued a lifetime ban from the IPF. Because this positive drug test occurred in a competition in which he placed first, his name and results have been retroactively removed from the 1996 results. 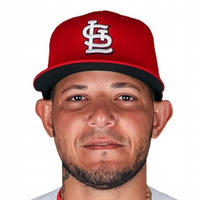