Rock musician and producer from Minneapolis

Ed Ackerson (died October 4, 2019) was an American musician and producer from Minneapolis. He produced or engineered dozens of records including works by prominent artists such as The Jayhawks, The Replacements, Motion City Soundtrack, Soul Asylum, Golden Smog, Dave Davies of The Kinks, Wesley Stace, Mason Jennings, Mark Mallman, John Strohm, Brian Setzer, Lizzo, Pete Yorn, The Wallflowers, Rhett Miller of The Old 97s, Jeremy Messersmith, and Juliana Hatfield. He owned a recording studio in Minneapolis, Flowers, and co-founded the Susstones record label. Ackerson led several notable Twin Cities pop/rock bands including Polara and The 27 Various, and released several solo records under his own name. He was also a prolific producer of albums by Twin Cities bands, and was regarded as one of the linchpins of the Minnesota music scene.

Ackerson was born in Stillwater, Minnesota and was valedictorian of his high school class. In 1985, he turned down a scholarship to Yale to pursue a career in music in Minneapolis.

Ackerson's early band The Dig, formed in the mid-1980s, was influenced by The Jam and 1960s English mod rock like The Who. Though the Dig earned critical praise for the single "Problem With Mary," Ackerson told an interviewer in 1997 that he felt the band had been too "angry," and determined to take a more positive tack with his next project.

His next band, the 27 Various, blended Ackerson's mod influences with Syd Barrett-style psychedelia, both of which would continue to be touchstones throughout his career. The group's first two albums, 1987's Hi and 1989's Yes, Indeed, self-described by Ackerson as "whimsical," were limited releases on Ackerson's own Susstones label. The third, 1990's Approximately, moved to the larger label Clean (Twin/Tone), but despite the band's increased profile, the album suffered when Twin/Tone's distributor, Rough Trade, went out of business. Trouser Press writer Ira Robbins praised Approximately as a turning point "for Ackerson, who was on his way to becoming an assured and able multi-faceted rocker." The band put out two more records in 1992, the power-pop set Up and the more dreamlike Fine, before breaking up that year. Robbins called Up "another excellent showcase for Ackerson's thoughtfully modulated guitar playing and genre-jumping songwriting," praising his ability to work in many styles, and noted that the heavy distortion effects on Fine were a sign of the sound Ackerson would pursue in his next project, Polara. Bryan Carroll of Allmusic called Fine's blend of shoegazer and Brit-pop "near-perfect" and lamented that "probably due to promotion/distribution, the record never received the praise or audience it deserved."

After a short stint as second guitarist in Blake Babies singer John Strohm's band Antenna, Ackerson formed Polara with guitarist Jennifer Jurgens, bassist Jason Orris, and Trip Shakespeare's Matt Wilson on drums, continuing his interest in 1960s psychedelic pop but adding a heavy element of Krautrock-inspired electronics and keyboards. Polara was Ackerson's first band to gain significant national attention. The group released a self-titled debut in 1995, which Allmusic writer Rick Anderson called "weird but lovable" and "as fresh and bracing as a bucket of ice water in the face." Billboard writer Chris Morris called it "the first truly great album (I have) heard in 1995." Strohm also contributed to the debut album. Critical acclaim for the album led to a bidding war by several major labels; Polara eventually signed to Interscope for its second album, C'est La Vie, in 1997, with Peter Anderson replacing Wilson on drums. Billboard writer Deborah Russell called Ackerson and Polara the front of "the emergence of a new local (Twin Cities) scene" more interested in pop music and postpunk than the punk rock of bands like Hüsker Dü and the Replacements. Matt Hendrickson of Rolling Stone called him "the kingpin of a resurgent Minneapolis music scene." Though Ackerson produced most of C'est la Vie himself, the band also worked with prominent producers Alan Moulder (Smashing Pumpkins), Sean Slade, and Paul Q. Kolderie on several tracks. Ackerson took a holistic approach to making music, viewing composition, performance, recording and post-production all as steps in a single process of creating a song. He told an interviewer in Guitar Player magazine, "It's all part of the same thing—amps, guitars, effects. You're playing it all." Ackerson believed that constant experimentation with new sounds was at the heart of his songwriting approach with Polara, which he stated "would never make the same record twice." In contrast to Polara, his intention on C'est la Vie was to play more straightforward rock. "The first album had no lead (guitar parts), and that was very deliberate. I was kind of politicized about it. But when we started to get this record together I realized that I am a rock guitar player, and we felt like making a record more related to rock." A third album, Formless/Functional, followed in 1998. Despite a generally warm reception by critics (Trouser Press' Ira Robbins called it "stylish and sophisticated"), the album received little support from its record label. Corporate mergers involving Interscope soon led the label to drop many bands, including Polara. Ackerson put Polara on hold in favor of other projects, but Jurgens and new bassist Dan Boen rejoined Ackerson for 2002's Jetpack Blues, released on Susstones. Greg Winter of CMJ called Jetpack Blues "exquisite," with "short but sweet guitar solos and beautiful vocal harmonies." A final album, Beekeeping, came out in 2008.

Polara has been honored with a star on the outside mural of famed Twin Cities club First Avenue. Ackerson himself was a sound engineer at the club in the 1990s. Polara composed an original score for the silent film The Fall of the House of Usher, which they performed live at the John Anson Ford Amphitheatre as part of the 2002 Los Angeles Film Festival. Polara's song "Scorched Youth Policy" appears on the soundtrack to the 1996 Jackie Chan film Supercop.

In 2010, Ackerson started a new group, BNLX (named after the abbreviation for Belgium-Netherlands-Luxembourg) with his wife Ashley Ackerson. A blend of punk rock and Britpop, BNLX released about a dozen EPs and two albums on Susstones.

Ackerson also released two solo albums, Ed Ackerson and Ackerson2, in 2007 and 2008, as well as a 2002 instrumental album, Oblivion And Points Beyond, under the name Sideways.

A self-described "gear freak," Ackerson's abiding interest in recording technology and studio experimentation led to a successful career as a producer. In 1999, Ackerson opened a recording studio in Minneapolis, Flowers, so named because the space had formerly been a greenhouse. There, he produced or engineered records by nationally prominent artists and dozens of Twin Cities bands. With his friend John Kass, Ackerson also started a record label, Susstones, on which he would release much of his own music as well as that of many other Minneapolis bands. Ackerson was known for being collaborative and inventive in his work, and was described by many who worked with him, including the Jayhawks' Gary Louris and Motion City Soundtrack's Justin Pierre, as an extremely knowledgeable and experimental producer who was also humble and egalitarian.

The Jayhawks made three albums with Ackerson, including 2000's Smile and 2003's Rainy Day Music, one of the band's most commercially successful discs. 2018's Back Roads and Abandoned Motels was recorded in two sessions at Flowers, with Ackerson co-producing. Ackerson also worked several times with the Jayhawks-associated supergroup Golden Smog, which also included members of Soul Asylum, The Replacements, and Wilco, on their 2006 and 2007 albums Another Fine Day and Blood On The Slacks.

In 2006, Ackerson was asked by the Replacements to produce two songs for the Rhino Records retrospective set Don't You Know Who I Think I Was?, the tracks "Message To the Boys" and "Pool & Dive." He worked with the group again for the 2013 five-song EP Songs for Slim, a benefit for the critically ill Slim Dunlap.

Ackerson was named Producer of the Year at the 2005 Minnesota Music Awards.

Ackerson was married to his BNLX bandmate, Ashley Ackerson. The couple have a daughter.

Ackerson was diagnosed in 2018 with stage IV pancreatic cancer. He kept his illness private and continued working, but revealed the diagnosis publicly after Pete Townshend of The Who wished him good health and a speedy recovery onstage during a St. Paul concert in September 2019. Ackerson died less than a month later, on October 4, 2019. Friends and former bandmates set up a GoFundMe page to help pay for his family's medical expenses. 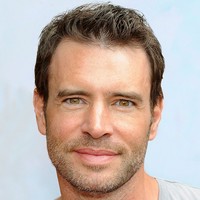 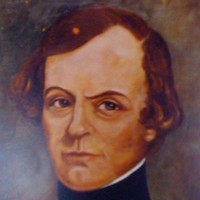 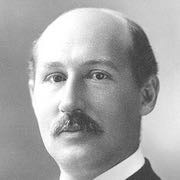 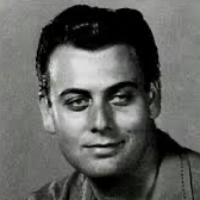