Arthur Eberhard Börries Wolf von Breitenbuch (20 July 1910 – 21 September 1980) was a German cavalry officer who served in Army Group Centre of the Wehrmacht during World War II with the rank of Rittmeister and took part in the military-based conspiracy against Adolf Hitler that culminated in the 20 July Plot. Breitenbuch was a Knight of Justice of the Order of Saint John.

He was born in Dietzhausen near Suhl, Thuringia and attended the Klosterschule Roßleben convent school and the Royal Saxon Academy of Forestry. In October 1938, he married in Erfurt Marie-Luise von Einsiedel (born 1913); they had four sons and two daughters.

On 9 March 1944, Busch and his aides were summoned to brief Hitler at the Berghof in Bavaria on 11 March. Following a debate with Tresckow, Breitenbuch agreed to attempt to assassinate the Führer by shooting him in the head using a 7.65mm Browning pistol concealed in his trouser pocket, having declined a suicide attempt using a bomb. A Condor aircraft was sent to collect Busch and Breitenbuch and he was allowed into the Berghof, but was not able to carry out the plan because SS guards had been ordered - earlier that day - not to permit aides into the conference room with Hitler.

He worked in forestry after the war and died on 22 September 1980 in Göttingen after undergoing cancer surgery. 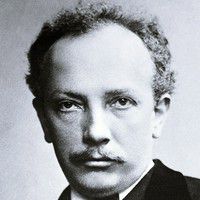