Earl James Okine (born January 4, 1990) is an American football defensive end for the Toronto Argonauts of the Canadian Football League (CFL). He attended the University of Florida and signed with the Houston Texans as an undrafted free agent in 2013. Okine has also been a member of the CFL's Calgary Stampeders, the Arena Football League's Orlando Predators, the Fall Experimental Football League's Brooklyn Bolts, the NFL's Indianapolis Colts, Kansas City Chiefs and Detroit Lions, and the AAF's Orlando Apollos.

Okine played football and basketball for Gainesville High School. In football, he earned a Third-team Class 5A all-state selection as a senior. He dressed for 6 games in 2008 while with the Florida Gators, but did not appear and decided to redshirt that year. From 2009 to 2012 recorded 27 tackles, 1 sack, and 1 blocked field goal.

Okine signed as an undrafted free agent with the Houston Texans in May 2013. He was cut before the start of the season.

He then spent 1 month with the Calgary Stampeders of the Canadian Football League (CFL), but did not appear in any games.

In 2014, Okine played for the Orlando Predators of the Arena Football League (AFL) and recorded 5.5 sacks in 16 games.

He then played for the Brooklyn Bolts of the newly-formed Fall Experimental Football League.

On March 3, 2015, Okine signed with the Indianapolis Colts. He appeared in 3 games for the Colts, making 1 tackle, and was waived on October 1. He signed to the Colts' practice squad on October 5. On December 21 he was signed to the active roster. On September 3, 2016, he was waived by the Colts as part of final roster cuts.

On September 26, 2017, Okine was signed to the Arizona Cardinals' practice squad.

Okine signed with the Orlando Apollos of the Alliance of American Football for the 2019 season. In 8 games played with his second Orlando based team, Okine made 17 tackles 5 sacks, 11 quarterback hits, and an interception.

After the AAF ceased operations in April 2019, Okine signed with the practice roster for the Saskatchewan Roughriders of the Canadian Football League on July 14, 2019. He was promoted to the active roster on July 19. Okine recorded 3 tackles and scored a defensive touchdown during 6 games played, but was released on October 14th. 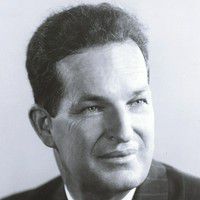