Éamonn Holmes OBE (/ˈiːmən/; born 3 December 1959) is a broadcaster and former journalist from Northern Ireland. Holmes co-presented GMTV for twelve years between 1993 and 2005, before presenting Sky News Sunrise for eleven years between 2005 and 2016. From 2006 until January 2021, he co-hosted This Morning with his wife Ruth Langsford on Fridays, and since 2021, during the school holidays only. He has also presented How the Other Half Lives (2015–present) and It's Not Me, It's You (2016) for Channel 5. Holmes is an advocate of numerous charities and causes including Dogs Trust, Variety GB and Northern Ireland Kidney Patients' Association.

Holmes was educated at Holy Family Primary School and St Malachy's College, Belfast. He then studied journalism at the Dublin College of Business Studies.

Before entering broadcasting, Holmes worked for a Dublin-based business magazine. In 1979, he joined Ulster Television, the ITV franchise contractor for Northern Ireland working as a host and reporter for the station's Farming Ulster programme. Afterwards, he teamed up with Ulster Television's sports reporters, Leslie Dawes (1922–2014) and Jackie Fullerton, to assist in covering sporting events in the province.

In 1982, Holmes was moved into news and current affairs reporting when he was tasked to anchor Ulster Television's flagship Good Evening Ulster programme. Holmes succeeded Gloria Hunniford who had presented the show since its launch in 1979. Holmes was the third choice to present the programme after trial runs by news reporters Gary Gillespie and Gerry Kelly.

In addition to his news and current affairs role, Holmes has also hosted other Ulster Television productions, including Miss Northern Ireland gala specials in 1985 and 1986. With Ulster Television, he won a Hometown Radio Award. He departed in 1986 to join the BBC. At the corporation's Manchester studios, Holmes worked as a presenter on the daytime Open Air programme which was broadcast nationally on BBC1.

Holmes has presented coverage of snooker, horse racing, darts and tennis on television. He was also the presenter of ITV's coverage of the Phil Taylor vs. Raymond van Barneveld showdown at the Wembley Conference Centre in 1999.

In 1993, Holmes started working at GMTV, hosting the first show on 1 January 1993 with Anne Davies. He had a falling-out with his subsequent co-host Anthea Turner; however, they were reunited on a BBC NI show entitled The Friday Show in 2009, where they seemed to get on better.

In April 2005, he left GMTV, stating the show had run out of real news and became celebrity obsessed shortly before his departure.

After leaving GMTV in April 2005, Holmes joined Sky News six months later to present the new-look Sunrise programme. He initially hosted the show with Lorna Dunkley between October 2005 and January 2007, then with Charlotte Hawkins from 2007 to 2014. Hawkins defected to ITV in March 2014 and was replaced by Isabel Webster. In September 2016, Holmes announced his departure from the programme after eleven years.

In 2006, Holmes began presenting ITV daytime programme This Morning on Friday mornings until January 2021. Since 2021, he still works on the show, co-presenting This Morning with his partner Ruth Langsford, however from Monday to Thursday during school holidays only.

In 2006, Holmes hosted US game show The Rich List. In 2009, Holmes co-presented the ITV series The Feelgood Factor with Myleene Klass. He presented eight episodes of Songs of Praise from 2009 until 2014. In 2010, Eamonn guest presented an episode of Have I Got News for You.

In 2014, Holmes and Ruth Langsford co-hosted a 10-part ITV daytime game show, Gift Wrapped. In 2015, Holmes and Langsford presented a six-part factual series for Channel 5 entitled Eamonn & Ruth: How the Other Half Lives. The programme returned for a second series in September 2016 and a third in June 2017.

In 2016, Holmes presented Channel 5 panel show It's Not Me, It's You. Vicky Pattison and Kelly Brook were team captains on the show.

From March 2018, Holmes co-presented Do the Right Thing with Ruth Langsford on Channel 5.

in February 2020, Holmes lost a First Tier Tribunal (FTT) appeal regarding his status as a freelancer under IR35 rules, with the judge determining his contract with ITV's This Morning programme amounted to employment. Giving evidence in the proceedings, Holmes described himself as "..one of the best live television presenters in the country."

In 2001, Holmes appeared on Lily Savage's Blankety Blank. In 2013, Holmes was a judge on the CBBC Blue Peter talent search for a new presenter, Blue Peter – You Decide.

Holmes has made four appearances on the long-running game show Who Wants to be a Millionaire?. The first time, he played with Alex Ferguson on 25 December 2004. On 1 September 2007, he played with Kay Burley. On 20 May 2012, he returned with Ruth Langsford by his side. Finally, on 19 December 2013, to celebrate the end of Millionaire on ITV, Holmes re-appeared on the show with Alex Ferguson. Holmes has also appeared on celebrity editions of game shows including Fifteen to One, Call My Bluff, All Star Mr & Mrs, Tipping Point: Lucky Stars, Catchphrase and The Chase.

Holmes has also made regular appearances on Big Brother's Bit on the Side and in 2015, he was heavily tipped as a housemate for Celebrity Big Brother 16. In 2016, he appeared in two episodes of Diddy TV on CBBC. He has been a panellist on numerous episodes of Through the Keyhole and appeared in ITV's Guess the Star in 2017. Since November 2017, he has provided the voiceover for Biggleton on CBeebies.

From around 2003, Holmes presented The Eamonn Holmes Show on Radio 5 Live on Saturday mornings between 9 and 11 am for 6 years, last airing on 30 May 2009 as Holmes' contract with the BBC was not renewed. In 2005, Holmes hosted his own programme on London radio station Magic 105.4.

For a few weeks in 2008, Holmes took over Michael Parkinson's Sunday morning show on Radio 2.

In 2016, Holmes presented his own radio show on talkRADIO. The show was called Let's Talk With Eamonn Holmes and was broadcast on Saturdays from 6 am to 8 am and Sundays from 11 am to 1 pm.

From January 2018 till February 2020, Holmes presented the weekday drivetime show on talkRADIO.

Holmes writes a column for The People newspaper. His autobiography was released in May 2006. The autobiography is called This is MY Life, a reference to another famous Irish Eamonn – Eamonn Andrews, after whom he was named. The book reveals some of what occurred behind the scenes during his tenure at GMTV.

Holmes was accused of being opposed to LGBT parenting when he told two gay interviewees in a 2000 GMTV episode that "You are not meant to have children. You are going against nature!" American illusionist David Blaine appeared on the show on 29 August 2001. Holmes cites this interview with Blaine as the most awkward moment of his professional career and one of TV's bloopers when Blaine refused to speak and gave Holmes the "evil eye".

In November 2009, Jon Culshaw appeared as Holmes on The Impressions Show in a series of three comedy sketches in which he was portrayed as having an appetite so uncontrollable that he eats a sofa, flowers and even a guest (Frankie Dettori), using the catchphrase 'I was fierce hungry, so I was'. Even though Holmes had interviewed Culshaw and his co-star Debra Stephenson on This Morning to promote the show, after the programme aired the presenter instructed his lawyers to send a letter of complaint to the BBC. The letter resulted in an apology from the BBC along with a withdrawal of any future comedy sketches featuring Holmes. Both the complaint itself and the outcome of Holmes's legal action drew generally unfavourable criticism from media observers and online commentators.

While presenting This Morning in October 2011, Holmes described singer Jonathan Wilkes as "retarded" on air. He later apologised after complaints and calls for him to be sacked. Holmes said: "I have to say sorry to three or four of you who are upset because I used the word retarded. You seem to have taken it personally or think I am being insulting. I would never want to do that. There is this man who has an autistic child and said I insulted his child. I would never use it in that context. Sorry if that caused you offence".

In October 2011, Holmes provoked criticism by suggesting that a rape victim should take taxis in future, leading to accusations of victim blaming.

On 12 May 2016, Eamonn Holmes provoked criticism by comparing an attack by West Ham fans to the Hillsborough disaster.

Eamonn Holmes was reprimanded by ITV producers after making remarks about Duchess of Sussex, Meghan Markle. This followed a complaint to Ofcom criticising his use of the term "uppity" as a racist term to describe Meghan Markle. He then followed this up in an interview on Talkradio where he called her "awful, woke, weak, manipulative, spoilt and irritating" and said he didn't think he would like her, despite admitting he has never met her in person.

In April 2020, Holmes appeared to perpetuate the conspiracy theory that the building of 5G masts had led to the coronavirus pandemic. In a feature on This Morning surrounding "Fake News" related to the virus Holmes stated that he "didn't accept mainstream media immediately slapping it down". He suggested that it was a sign of an "enquiring mind" to investigate the theory which had already been much debunked by experts. However, Holmes said that "it suits the state narrative" to deny the theory. Ofcom soon announced that it was investigating the incident. In a statement on the following day's programme, Holmes read a statement which stated "there is no connection between the present national health emergency and 5G, and to suggest otherwise would be wrong and indeed it could be dangerous." Ofcom received more than 400 complaints about the incident and later issued guidance to ITV on its coverage of the pandemic. On the two-way with Alice Beer, Ofcom commented: "In our view, Eamonn Holmes' ambiguous comments were ill-judged and risked undermining viewers' trust in advice from public authorities and scientific evidence."

Affectionately known throughout the Media industry as "Triple P" (Pope- Paddy - Porkins), in 1985, Holmes married his first wife, Gabrielle Holmes, with whom he has three children, Declan, Rebecca and Niall. They separated in 1994, due to Holmes' father's death and journalism career taking a toll on their marriage. In 1994, Holmes began dating Ruth Langsford, but the couple kept their relationship secret out of respect for Gabrielle and their children.

In 2002, Langsford gave birth to their son, Jack Alexander Holmes. Holmes and Gabrielle eventually divorced in 2005.

On 26 June 2010, Holmes married Langsford at Elvetham Hall, near Hartley Wintney, Hampshire. The couple sold exclusive rights to report on the wedding ceremony and the reception to Hello! magazine in a deal that saw the publication feature the event over two issues, in July 2010.

Holmes is a supporter of Manchester United FC. In December 2005, he opened the eulogies at the funeral of Northern Irish footballer George Best.

Holmes and Langsford are patrons of Dogs Trust. and the couple adopted their dog, Maggie from the charity in 2011. In 2014, the couple supported the Dementia Friends campaign, which is an Alzheimer's Society initiative.

In April 2015, Holmes became a celebrity ambassador for the children's charity, Variety GB. In January 2016, he became a patron of Northern Ireland Kidney Patients' Association. In March 2020, he and his wife Ruth Langsford became patrons of The Amy May Trust.

In 2018 both the Twitter accounts of Eamonn Holmes and Louis Theroux were targeted by Insinia to highlight a longstanding security flaw in Twitter's system.

Holmes was appointed Officer of the Order of the British Empire (OBE) for services to broadcasting in the 2018 New Year Honours. He collected his OBE from Queen Elizabeth II on 1 June 2018.

The contents of this page are sourced from Wikipedia article on 07 Apr 2021. The contents are available under the CC BY-SA 4.0 license.
View Eamonn Holmes 's image gallery
Image Gallery 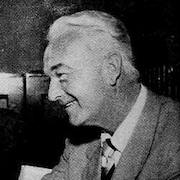 Ship's captain, author, Knight Commandant of the Crown of Siam