Eamon Doyle (born September 19, 1983), professionally known as Eamon, is an American R&B singer-songwriter and harmonicist. He is known for his hit single, "Fuck It (I Don't Want You Back)".

Some of the songs written by Eamon Doyle are in the style called Ho-Wop, which "blends the smoothness of R&B with the grittiness of hip hop". Eamon's songs are typically soft ballads mixed with aggressive lyrics in the theme of infidelity.

Eamon was born Eamon Jonathan Doyle in Staten Island, New York City, the son of Diane (née Zizzo), an Italian American nurse, and Walter Doyle, a counselor with a private practice, of Irish descent. His father was a member of a doo-wop group by the name of "The Elations". He began singing at age nine and touring and performing with his father's group at the same age. At 15, while working in a music studio, he caught the attention of Nat Robinson the CEO. of First Priority Music who in turn turned Eamon on to songwriter/producer Milk Dee, who had worked with musicians such as MC Lyte, Janet Jackson, and Mary J. Blige. Dee and his co-producer Mark Passy helped refine Eamon's sound. After Nat Robinson shopped Eamon to over 22 different record labels Nat Robinson finally secured a record deal with record executive Barry Weiss and Eamon was eventually signed to Jive Records.

Eamon's debut single, "Fuck It (I Don't Want You Back)" immediately caught the attention of urban, rhythmic, pop radio stations when it was released in the US in late 2003. Jive fast-tracked the release of a music video for the song and commissioned an album for release in early 2004. The single reached the top 20 of the US Billboard Hot 100, and the popularity of the song helped his album, I Don't Want You Back, debut in the top 10 of the US Billboard 200. The success of the song prompted Jive to release the song internationally where it reached number one in the United Kingdom, Australia, Germany, the Netherlands, and Sweden. In Italy his single was such a big hit that he sang an Italian version, called "Solo". The success of the single and the controversial nature of its lyrics prompted production of an answer single, "F.U.R.B. (Fuck You Right Back)", by unknown female singer Frankee who had claimed to be Eamon's ex-girlfriend (which Eamon denied). The song also earned Eamon a Guinness World Record for "the most expletives in a #1 song".

After the success of "Fuck It (I Don't Want You Back)", Eamon released a second single, "I Love Them Ho's (Ho-Wop)". The song did not match the success of its predecessor, although it was a top 10 hit in Denmark, where it peaked at number seven on the Danish Singles Chart. "I Love Them Ho's (Ho-Wop)" also had a remix and video featuring fellow Staten Island resident Wu-Tang Clan's Ghostface Killah. In return Eamon appeared on Ghostface's album More Fish.

On September 15, 2006, Eamon released his first single from his upcoming second studio album, Love & Pain, titled, "(How Could You) Bring Him Home". Love & Pain was released on December 5, 2006. The album was produced by Happy Perez, Jeff Smith and Milk Dee.

After Jive records failed to properly market Eamon's second album, they mutually parted ways in 2008 with the stipulation that Eamon not sign another deal during the 18 months after the contract ended. In 2010, Eamon moved to Los Angeles, California to hone his craft as a songwriter and work with a fresh group of producers. In 2011, Eamon signed to SMC Entertainment, a publicly traded independent record label. Eamon signed a two-album deal worth $1,000,000 and began recording with Grammy winning producer Mikal Blue (Colbie Caillat, Jason Mraz, One Republic). SMC was almost immediately delinquent on payments for musicians, studio costs, and advances. Eamon and Mikal Blue continued to record the album in spite of SMC not fulfilling their contractual obligation. Legal action was taken at the end of 2012 to resolve the issue. At that point, SMC financial backer David Levy was arrested for stock fraud. It gave Eamon more leverage in the litigation, but not enough to get him out of his contract. Levy was later sentenced to 9 years in prison in 2013. The album was finished in September 2012, and Eamon was still under contract with SMC, but could not release any music or perform for money. He could, however, collaborate with other artists. Eamon joined forces with R.A. the Rugged Man on the rapper's 2013 album, Legends Never Die. Eamon is featured on two songs: "Luv to Fuk" and "Still Get Through the Day". A video for "Still Get Through the Day" came out on February 4, 2014. In May 2014, SMC settled with Eamon to release him from his 360-record deal. Most of the album he recorded with Mikal Blue could not be sold or even made public, but Eamon became a free agent.

In 2015, he appeared on the Jedi Mind Tricks' album The Thief and the Fallen. Again, he is featured on two songs: "Fraudulent Cloth" and "And God Said to Cain" (which also features A-F-R-O and R.A. the Rugged Man). A video for "Fraudulent Cloth" came out on May 27, 2015.

In 2016, he has appeared on a few more collaborations, including "The Void" on Jedi Mind Tricks MC Vinnie Paz's solo project "Cornerstone of the Corner Store", and "Use Them Blues" on the Afro & Marco Polo album A-F-R-O Polo.

On June 15, 2017, Eamon released his second single "Before I Die" from his upcoming album, "Golden Rail Motel."

In August 2017, Vinnie Paz released the video for "The Ghost I Used to Be" featuring Eamon from Vinnie's most recent solo album, "The Cornerstone of the Corner Store."

On September 8, 2017, Eamon released the video for the third single "I Got Soul" which is a sweeping single-shot video deftly directed by Doug Quill.

On Wednesday, February 21, 2018, Eamon announced that he is collaborating on a concept album with English up-and-coming artist Patrick Hewitt aka "Skepta”

In June 2019 Eamon announced via Instagram that he would be releasing as yet unnamed EP and will be releasing a song from the EP every week. The singles "Runnin' Around" and "Step By Step" have been released thus far and received overall positive and favourable reviews. No mention as of June 2019 on the previously recorded "Eamon x Skepta" album. 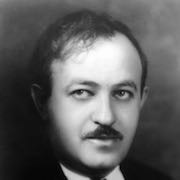 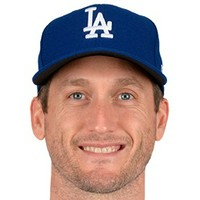