E. Krishna Iyer (9 August 1897 – January 1968) was an Indian lawyer, freedom-fighter, classical artist and activist who was responsible for popularizing the dying art of Bharatanatyam in South India.

Krishna Iyer was born on 9 August 1897 in a Tamil Brahmin family of Kallidaikurichi, Madras Presidency. He had his schooling at Ambasamudram High School and graduated from Madras Christian College. On graduating, he studied law at Madras Law College and practised as a lawyer at the Madras High Court till 1943.

Krishna Iyer joined the Indian independence movement and was an active member of the Indian National Congress in the 1930s. He strived to popularize the songs of Indian nationalist Subrahmanya Bharathy.

On completion of his graduation, he entered a drama troupe in which he enacted female parts. He developed an avid interest in classical arts and also studied carnatic music during this time.

Krishna Iyer's involvement with the Bharatanatyam revival movement began when he joined a theatrical company called Suguna Vilasa Sabha and learnt sadir, a sensuous and less respectful form of Bharatnatyam practised by devadasis. He understood the greatness of the art and lamented the disrespect shown and stigma attached to it due to its association with devadasis. Krishna Iyer founded the Madras Music Academy and teamed with Rukmini Devi Arundale to save the dance art from dying out. Krishna Iyer also patronized carnatic music and wrote as an art critic for the Indian Express, Dinamani and Kalki.

Coining of the term Bharatanatyam

In the late 1920s and the early 1930s, attempts were made to abolish the devadasi system due to the efforts of Muthulakshmi Reddy, the first woman to be elected to the Madras Legislative Council. She also desired to do away with sadir due to its association with the devadasi system and condemned nautch performances in the Presidency. Krishna Iyer vehemently protested against Muthulakshmi Reddy's attitude towards sadir in a series of letters published in the Madras Mail and sought to give the dance form a measure of respect by proposing a resolution at a 1932 meeting of the Madras Music Academy to rename it as "Bharatanatyam" or Indian dance.

While strongly condemning the devadasi system, Krishna Iyer tried to sever the dance's association with the practice by encouraging Brahmin girls to learn and practice the art and by eradicating expressions and movements that conveyed sexually-explicit meanings in cooperation with Rukmini Devi Arundale. The stigma associated with Bharatanatyam, however, did not disappear altogether until the passing of the Devadasi Dedication Abolition Act in 1947.

The contents of this page are sourced from Wikipedia article on 24 Apr 2020. The contents are available under the CC BY-SA 4.0 license.
comments so far.
Comments
Reference sources
References
https://books.google.com/books?id=fMg7aKE8RNgC
https://web.archive.org/web/20090901160732/http://archives.chennaionline.com/entertainment/bharatham/bharatham10.asp
http://archives.chennaionline.com/entertainment/bharatham/bharatham10.asp
https://d-nb.info/gnd/122701984
https://viaf.org/viaf/18112175
https://www.worldcat.org/identities/viaf-18112175
Trending today in 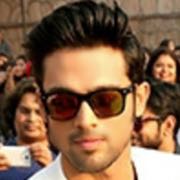 Grand Vizier of the Mughal Empire